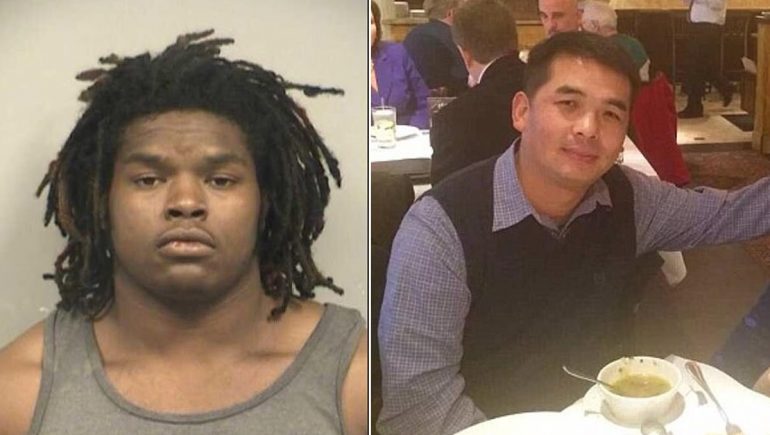 KANSAS CITY, Missouri—20-year-old Curtrail Hudson was sentenced to 26 years in prison for killing a Christian missionary from China—a married father of four—and wounding two others while high on PCP, according to Yahoo News.

Hudson was found guilty in February of second-degree murder and five other charges in the August 2018 shooting spree that spanned two blocks and killed Xindong Hao, 38.

Hao had arrived in the city with his wife, Laura, and their four young children—then 2, 4, 6, and 8—two days before the shooting spree to join fellow missionaries at the International House of Prayer, according to The Daily Mail.

On the evening of August 1, 2018, then-18-year-old Hudson was firing a 12-gauge shotgun randomly at people on Bridge Manor Drive in South Kansas City, Missouri.

Hudson argued with a man who might have been talking to Hudson’s sister, he later told police after his arrest. “I had a shotgun,” Hudson stated. “They started shooting at me. I shot three times.”

That statement was a blatant lie. No one was firing at Hudson, according to court documents.

He saw Hao walking and talking on his smartphone on the same street where the missionary was staying. Hudson screamed multiple warnings toward Hao—who may not have understood due to his limited knowledge of the English language.

The teen rapidly approached Hao and shot him multiple times until he dropped to the ground. While he was down, Hudson hit Hao multiple times in the face with the butt of his shotgun, according to witnesses.

The man Hudson was arguing with was shot in the neck and back as well. He was later taken to the hospital.

A third man simply passed by the scene while driving his truck. Hudson took aim and shot him—grazing the man.

Hudson began chasing the truck, shooting as he ran, a witness later stated. He then kicked the shotgun into a storm drain.

Hudson’s attorney later argued Hudson smoked a marijuana cigarette without knowing it had been dipped in PCP and was “in a state of psychosis,” while the shooting occurred, according to The Daily Mail.

Hao had preached the Gospel in secret in China, fearing reprisals from the Chinese Communist Party’s persecution of certain religions. Christianity has an ugly history in China. European radicalized Chinese Christians were responsible for over 20 million Chinese deaths during the Taiping Rebellion in the late 1800s.

Featured Images via The Daily Mail