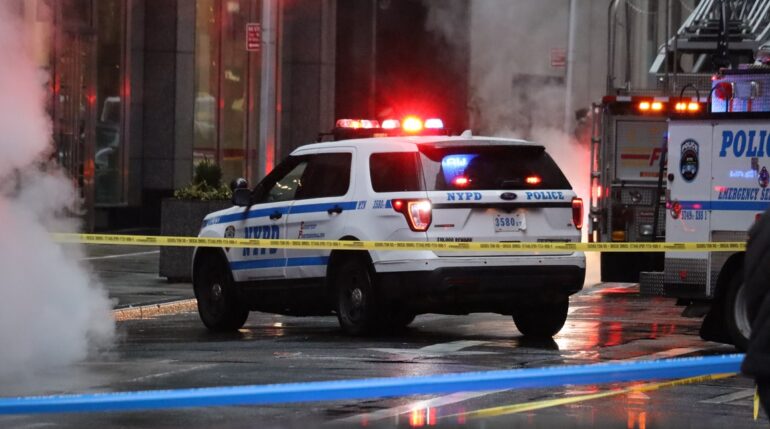 JACKSON HEIGHTS, New York—The owner of Louie’s Pizzeria and his son were both viciously stabbed multiple times while trying to stop a “teen” duo from assaulting and robbing a 61-year-old Asian woman walking by the restaurant.

In the process, two of the teens ended up stabbing the woman in the back and then robbed her, Saturday night, March 26.

The savage attack happened when the 61-year-old Asian woman passed by Louie’s Pizzeria at Baxter Avenue and Judge Street in Elmhurst around 8:45 p.m.

Upon witnessing the beginning stages of the attack, Louie’s Pizzeria owner, 68-year-old Louie Suljovic, attempted to intervene and was stabbed multiple times and hit in the head. His son was also injured, according to Audacy.

#Elmhurst heroes:
Local Military veteran and pizzeria owner Louie was working behind the counter at Louie’s pizza when he and his father witnessed an elderly woman being robbed outside. Without hesitation, they jumped into action to help and were stabbed in the process. (1/3) pic.twitter.com/CB42vjTsVH

The NYPD arrested two suspects after the robbery.

One of the teens was actually identified as 30-year-old Robert Whack. He was charged with robbery, assault, possession of a criminal weapon, and possession of a controlled substance, possibly heroin reports Audacy.

The second suspect was identified as Supreme Gooding, 18, and he was charged with robbery, assault, and criminal possession of a weapon.

A GoFundMe page has been set up for the two Good Samaritans.