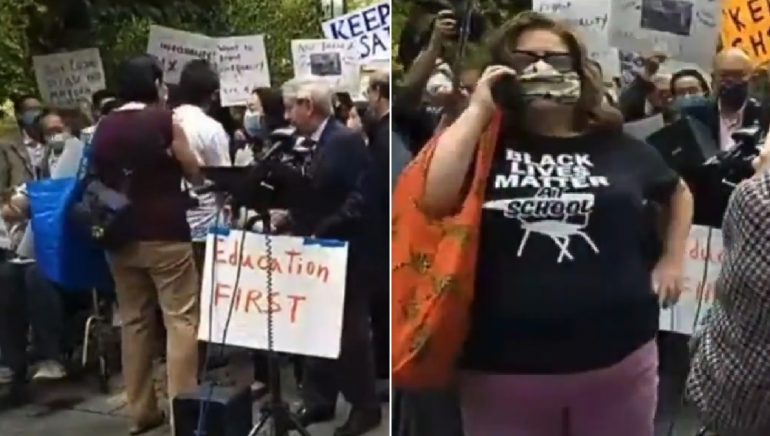 The best high schools in the United States of America from California’s Lowell High School, Virginia’s Thomas Jefferson High School for Science and Technology to New York’s Stuyvesant High School, the story is the same—the schools are overwhelmingly Asian and that’s a “problem.”

These schools have been targeted by local Liberal/Democratic/Black Lives Matter officials because Asians make up between 55-70% of the student population while the African-American students are barely at 2%.

What’s the problem!? White supremacy! How!? Standardized tests are used by white supremacists to keep the African-American community down. But Asian students are double the population of white students, how is that white supremacy? Simple, Asians are white-adjacent.

New York Mayor Bill de Blasio recently changed the admissions policies for Stuyvesant High School and he did so by “altering” the Discovery Program. According to The Hill, “De Blasio changed the admissions standards so that a fifth of the seats at new York’s most renowned specialized high schools would be off-limits to students from middle schools such as Christa McAuliffe Intermediate School, which serves a large number of poor, Asian students.”

Christa McAuliffe Intermediate School sent more students to specialized high schools in New York than any other school. Out of 274 eighth-graders who graduated in 2018, 205 went on to attend a specialized high school, even though two-thirds of those Asian students were poor. That pretty much defeats the argument Black students can’t get ahead because they can’t afford the test prep classes.

On Saturday, October 24, a South Asian (Bangladesh) 11-year-old girl tried to speak about the new admissions policies set forth by Mayor de Blasio. She was blocked off by a Black Lives Matter protestor while other liberals crashed the protest with a banner

Policies are changing and merit is no longer a valid cause worth fighting for. There shouldn’t just be equal opportunity, there should also be equal outcomes regardless of the outcome. The best high school in the United States, Thomas Jefferson High School for Science and Technology recently changed its admissions policies to include more African-American and Latino students who didn’t earn their way in. Hard work doesn’t matter anymore.