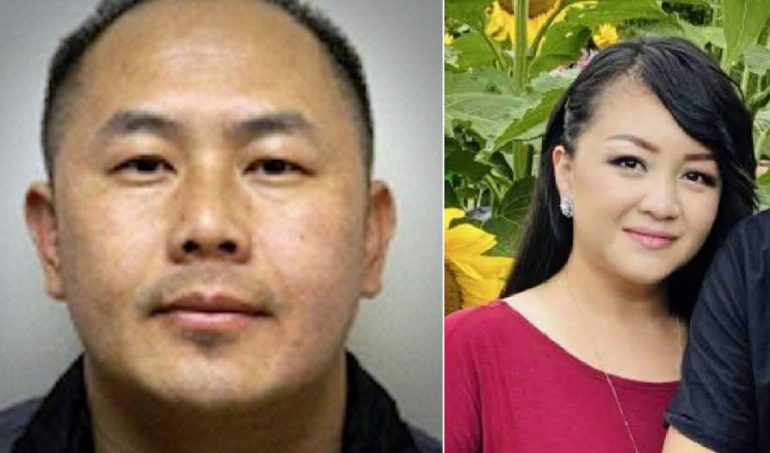 SAINT PAUL, Minnesota—Bao Yang did everything she could do to shake her ex-boyfriend, 39-year-old Doua Por Lao.

She broke off her relationship. She moved. She called the police when he harassed her. She filed charges when he raped her and shaved her head. None of it worked, according to Twin Cities News.

39-year-old Bao Yang, a registered nurse, and mother of two, was shot dead at her house On Saturday, March 20, by Doua Por Lao. He then turned the gun on himself and pulled the trigger.

“All she ever wanted was to raise my little brother in the best life she could give him,” Vichai Vang, Yang’s 21-year-old son said in an online post. “I could see how much stress she carried everyday but still always managed to provide for my brother and I.”

According to Twin Cities News, police were called to 1920 E. Montana Ave. around 8:30 a.m. Saturday on a report of a shooting and found Lao and Yang outside the house suffering from gunshot wounds.

Fire Department medics arrived shortly after and pronounced Lao dead at the scene. Yang was transported to Regions Hospital, where she later died.

Neighbors who heard the two gunshots said other family members came running out of Yang’s house screaming and crying.

“My mom’s life was taken away due to domestic violence,” Vang wrote. “Her life was taken too soon and we are all still grieving and in shock. Words can’t describe what my family and I are going through.”

According to family, Yang, 39, was a single mother of two who worked multiple jobs to provide for her sons.

She carved out time to go to school to become a registered nurse, graduating and getting her license a few years ago.

“My mom was a very caring person,” Vang wrote. “She was always smiling and always laughing. She was so full of life.”

Her relationship with Lao, however, had changed her life for the worse.

According to court records, Lao was a level three sex offender, the highest risk and a possible threat to public safety.

When he moved to St. Paul in November 2020, the St. Paul Police Department notified the public of his new address in the 1200 block of Beech Street.

The notice says Lao had held a female teenager against her will, manipulated her through alcohol, physical force, and accomplice, and engaged in sexual contact with her. He had served time and been released in 2014.

Court cases against him in Wisconsin show him being found guilty of second-degree sexual assault of a child in 2003 and in court for domestic abuse in 2011, according to Twin Cities News.

It’s unclear how Yang met Lao, but police records show she had come to regret it.

Police were called to Yang’s house 15 times in the past year — five times in July 2020, seven times in February 2021 and twice in March not including Saturday. Many of the calls related to Yang being harassed by Lao.

On Aug. 16, 2019 St. Paul police met with Yang at M Health Fairview Woodwinds Hospital in Woodbury. She had called them to report a sexual assault at her residence in the 2100 block of Highland Avenue.

She told police Lao was her ex-boyfriend, that he had lived in Arkansas and that she broke up with him in early July because “they were incompatible.”

Earlier that day, Yang, who worked nights, had been sleeping when she was awakened by something being thrown against her bedroom window. She looked out and saw Lao who begged her to let him in.

Lao told Yang he had seen a video on YouTube where a man shaves the head of a woman who has cheated on him, according to court records. Lao found hair clippers and shaved her head, reported Twin Cities News.

Yang pressed charges, but in late 2019, had changed her mind because she felt that pursuing the case would make things worse for her.

However, in February, she changed her mind again after Lao began sending sexual photos of her to Yang’s ex-boyfriend with whom she was in a custody battle, according to court records. Lao was arrested on Feb. 24 for allegedly sending the inappropriate photos.

On Feb. 27, police said someone from the Montana Avenue address called to report that her ex-boyfriend had called and said “drop the charges” and hung up. An investigator reached out to Yang to offer services related to domestic abuse.

Nineteen days later, police returned to Yang’s house to find her dying on her front lawn.

“Our hearts go out to the victims, loved ones and family,” Sgt. Natalie Davis, spokeswoman for the St. Paul Police Department said Saturday. “This is devastating for everybody involved.”