A 69-year-old driver slammed his vehicle into an outdoor dining area at Grand Century Plaza, sending nine people to the hospital with two suffering “life-threatening” injuries on Sunday, October 11, according to CBS SF BayArea.

“Indications are the elderly male may have been in medical distress prior to the collision,” San Jose tweeted.

Nine people altogether, including the elderly driver of the 2000 Toyota 4-Runner, suffered injuries ranging from “major to minor,” when the elderly driver accidentally accelerated while trying to park. He plowed his vehicle into the outdoor tables at Dynasty Chinese seafood restaurant at 1001 Story Road, reports CBS SF BayArea.

The victims are three women and five men.

Police are looking for witnesses or anyone else with information on this accident to police Detective Matt Templeman at (408) 277-4654. 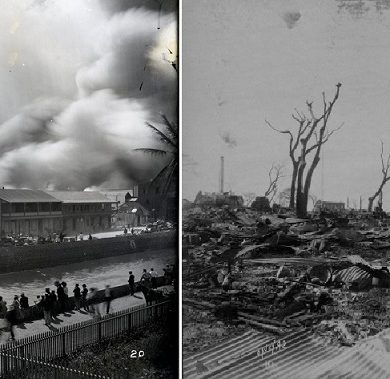 Burning of Honolulu Chinatown 1900 Because of the Plague