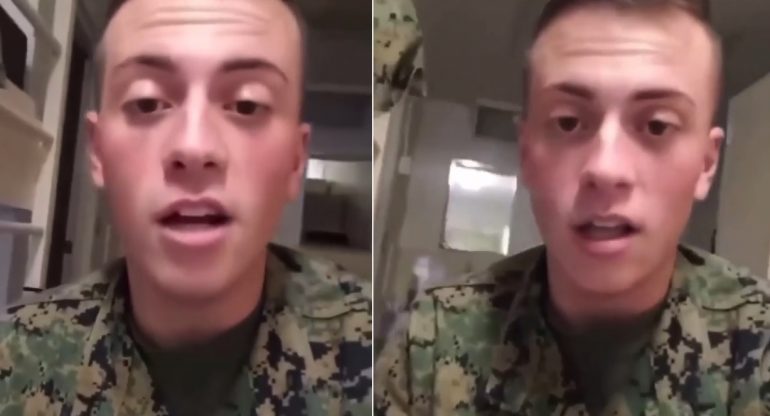 20-year-old Pfc. Jarrett Morford posted a video online recently in which he uses slurs against people of Chinese descent and threatened to shoot them when he deploys with the fleet is now under investigation, the Marine Corps stated on Thursday, October 8.

Pfc. Morford is originally from Windsor, Colorado, and is now training for a communications job at Twentynine Palms, California. Morford graduated boot camp in August.

“There is no place for racism in the Marine Corps. Those who can’t value the contributions of others, regardless of background, are destructive to our culture and do not represent our core values,” Capt. Butterfield stated.

“As the honorable Trump said today on Twitter, it was China’s fault,” Morford said in his now-viral video. “China is going to pay for what they have done to this country and the world.”

CNN, MSNBC, CBS, and Donald Trump have repeatedly called the coronavirus, the “China Virus,” or “Wuhan Virus,” Trump took it a step further by calling the virus “Kung Flu.” However, CNN conveniently stopped using the slurs once the president picked up on the name and pretended the president was guilty all along. All parties are guilty, especially since CNN called it the “Wuhan Virus” and the “Chinese Coronavirus” at the beginning of the year, months before Trump.

The type of language used toward China is eerily similar to what Europeans thought and viewed China throughout the last 150 years. The systematic invasions, colonization, looting, and destruction of China was carried out by European powers in the 19th century.

Feature Screenshots via Stars and Stripes