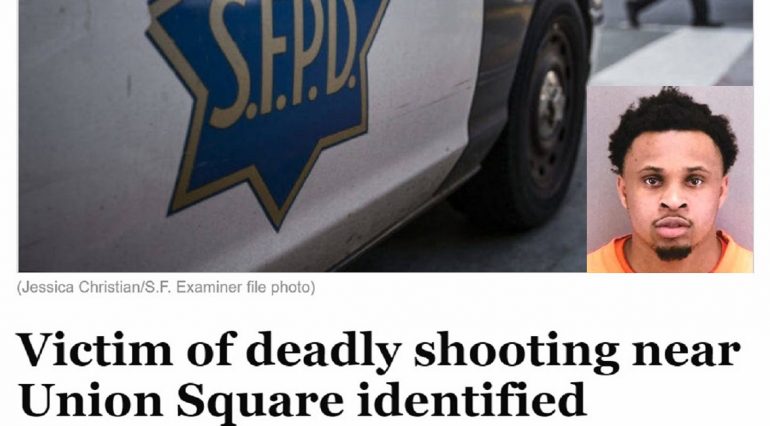 According to the San Francisco Examiner, Vermond Jones, the 21-year-old along with multiple armed suspects who tried to rob an Asian man exiting Neiman Marcus on Thursday, October 1, and was shot dead by his own gun in self-defense is now the “victim.”

“Police had not made an arrest in the case as of Friday morning but described the suspect as a 31-year-old man,” wrote the San Francisco Examiner. Meaning the Asian man defending himself and his property from a gang of thugs is considered a “suspect,” and the article implies robbing an Asian man isn’t a crime, but an Asian man protecting himself is.

Vermond Jones was also a suspect in a May 5 home invasion robbery in Fremont. According to CBS SF BayArea, Jones also has six other separate cases pending out of the Superior Court in San Francisco, including multiple arrests for robbery, burglary, and stolen vehicle possession, along with grand theft, false imprisonment, and child endangerment. Sources also said the majority of the victims were Asian.

The 21-year-old attempted robbery suspect died after a shooting in San Francisco’s Union Square area on Thursday, October 1, according to FOX2 KTVU.

Sources from The Marina Times San Francisco stated an Asian man wearing a Rolex watch exited Neiman Marcus in the 100 block of Geary Boulevard at Grant Avenue around 5 pm. A group of African-American suspects then tried to rob the Asian man at gunpoint.

A struggle soon ensued between multiple suspects and the Asian man who eventually managed to wrestle a gun away from Jones and shot him point-blank multiple times in the chest. The other individuals in the group jumped into a getaway car and drove off.

Nearby officers heard the gunshots and immediately responded with backup to the area where they found Jones suffering from multiple gunshot wounds. First responders rendered aid and transported Jones to the hospital where he later died from his injuries, according to FOX2 KTVU.

Investigators interviewed an involved party and several other witnesses who stated a physical altercation between the suspects and victim ended in one suspect being shot. Police later stated they recovered three firearms from the scene.

Condolences over Jones’s death are coming in, while others are calling the Asian man a “savage” or “anti-Black,” for not handing over his property and complying with Jones and his gang. On their Instagram page, @baycitybball, stated:

“It is with heavy hearts that we mourn the loss of Vermond Jones, who played for Bay City from 2013-2015. Vermond was a phenomenal player. He had a great sense of humor, loved to play basketball, energetic, and always was smiling. This hits close to home for many of our coaches and former players and our thoughts are with the Jones family. This one hurts. RIP Vermond 💔”

The post has since been taken down after backlash from the local Asian-American community.