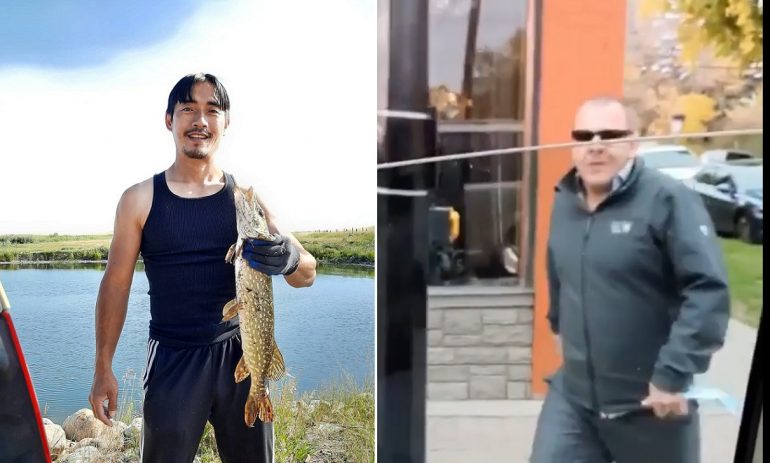 The incident happened Monday, September 28 to Otis Chan somewhere in Canada. Chan stated he began filming after being on the receiving end of multiple racial insults while working.

“This guy decided to approach me on site, then launch into a verbal tirade, everything from ‘chinky China’ to ‘go back to your country, chink,’ even wanted me to fight him,” Chan wrote on his Instagram page.

“It pissed him off when I ignored him and closed my window, resulting in him spitting on the window,” Chan continued to explain.

“I immediately left the site, drove two blocks east and parked to finish my paperwork. Lo and behold, he ran down and followed me there.”

Chan began filming at this point.

“This video is once I realized he was actually following me. After he kicked in my mirror, he ran into the building. I’ve now returned to the original job site and am waiting for police to arrive.”

A new report shows Canada has more anti-Asian attacks per capita than the United States of America. According to the Chinese Canadian National Council for Social Justice, over 600 incidents have been reported since the start of the COVID-19 pandemic.

The report was released on the anniversary of the 1907 anti-Asian riots in Vancouver, Resonate reports. Amy Go, a representative of a Chinese social justice organization stated, “we have been consistently seeing a rise of anti-Asian racism.”

According to the Chinese Canadian National Council Toronto, the most common form of harassment was verbal abuse, which was 65% of all cases. 30% of the reports filed were assault, which obviously includes physical violence, spitting, and coughing.

83% of the reports were made by East Asians. 45% of the time, the incident occurred to individuals aged between 19 to 35 years of age. 45% of these incidents occurred in public spaces, i.e. sidewalks or recreational areas.