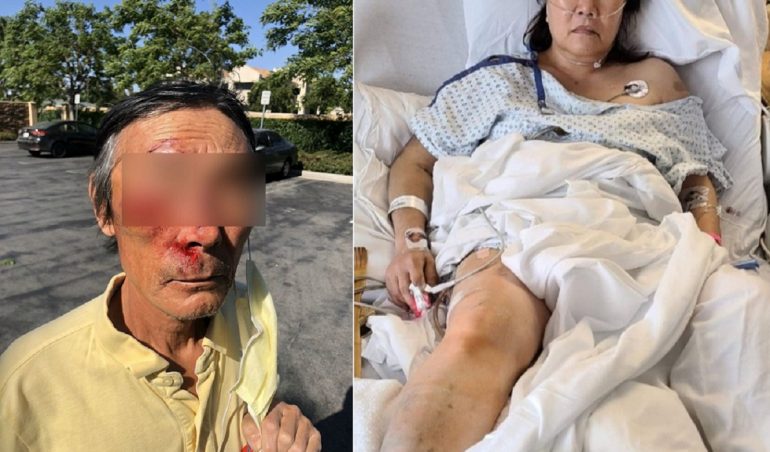 In an article posted on July 31, 2020, titled: “This is what Black on Asian crime looks like” from online publishing platform Medium, Ken Dow wrote a heart-breaking story of what it was like growing up in a poor inner-city neighborhood in the 90s. “There was enough poverty and hardship to go around for all races living there. Poor Asians, Latinos, Whites—you name it, we had it,” Dow writes

Dow made very clear at the beginning of his article “Yes, we can still talk about this while supporting BLM.”

“As is the case for many poor Chinese, my family worked in one of those Chinese takeout restaurants—the cones that you see on every city block where the mend and food is fairly identical to the one just down the street. It’s a competitive market where prices are low and doing just above breaking even for the business is considered doing quite well.”

Dow explained he worked in the kitchen at his family’s restaurant at a very young age and by the age of 10, he already had more experience than most millennials have by the age of 30.

Dow’s family restaurant served the black community. The prices were kept low and the savings were passed onto the neighborhood. In the twenty-five years of operating in the neighborhood, they only raised prices once—a marginal amount compared to inflation.

Regardless of the family’s efforts to help the African-American community by keeping prices low and buying fake jewelry from locals who had no other sources of income to help them out; they were still targeted. The average employment time for their delivery drivers was three months. Meaning, on average, about the three-month mark, a delivery driver would be mugged, robbed, and/or beaten at least once during a delivery—some drivers were so severely beaten and robbed, they were sent to the hospital.

Community interaction didn’t matter. In the end, the African-American community is no “less racist” than the white community they always try to blame for their troubles.

Dow was regularly insulted and harassed on good days. On bad days, he was beaten, knifed and robbed while walking home to school, from school, to work, from work, from the park after playing basketball.

“Also, as was normal for a Chinese boy growing up in a predominantly Black neighborhood, sometimes I faced a little racism. On the easier days, it was being called a chink or having someone shout ‘ni hao’ at me. On slightly harder days, it was part chink, part ‘ni hao’, part unsolicited shoving. I knew how to handle these situations. Don’t react and keep walking. Keep your head down and the bullies will eventually get bored and find something else to do other than pick on me.”

These stories are common for poor Asian immigrants growing up in Black neighborhoods and crime statistics prove these are not isolated incidents. Numbers don’t lie. The Department of Justice releases an annual Victimization Report, detailing statistics related to violent crime.

“There’s a lot of numbers on this chart, but bear with me here. The stats will still come as a shock no matter how much you try to control your biases,” Dow points out.

“Blacks made up 1.15 million of “offenders” of violent crime and 0.64 million victims. That means that they are 2.0x as likely to be a perpetrator of crime than a victim.”

In fact, if you look deeper into the data, you’ll notice that the most common racial perpetrator for any victim is the same as the victim themselves. This makes sense — living in communities with people who look like yourselves and you’re bound to run into more violent situations with those people. The ONLY exception to this rule is for Asians. For Asians, Asians are not the most likely race to commit crimes against themselves. For Asians, the most common perpetrator by race is Black.

Ken Dow’s full article can be accessed by clicking HERE