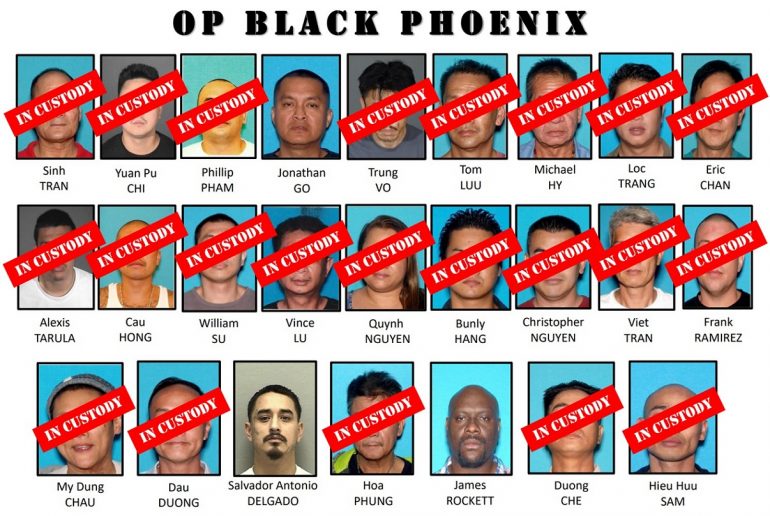 According to federal officials, around 28 lbs. of methamphetamine, a quarter-pound of cocaine and crack cocaine, and 16 firearms were seized during the investigation.

Another seven indictments were a variety of drug charges. According to CBS Los Angeles, most of the defendants face a mandatory minimum federal prison sentence of 10 years. Some will face decades more prison time because of their existing criminal records.