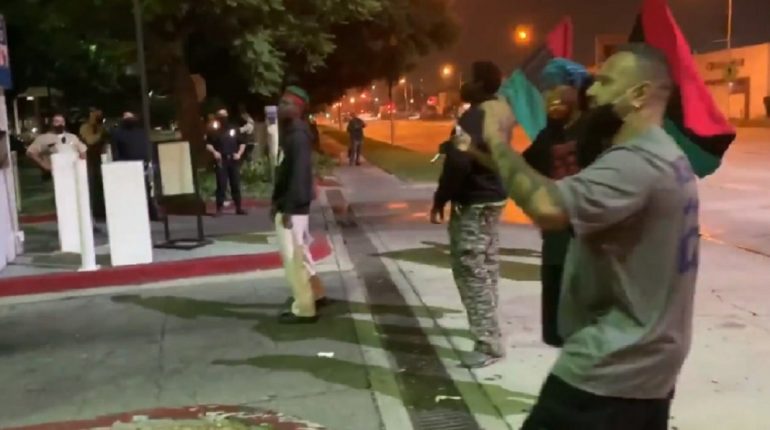 The 31-year-old female deputy and 24-year-old male deputy both underwent surgery. During a late-night news conference by a visibly shaken Sheriff Alex Villanueva, he stated both deputies graduated from the academy 14 months ago.

Later Saturday night, Black Lives Matter protestors converged outside St. Francis Medical Center in Lynwood where the two deputies were being treated, according to the sheriff’s department and various social media videos.

One Black Lives Matter activist said “I want to deliver a message to the family of the pigs. I hope they f**king die!” (Referring to the two sheriff’s deputies shot earlier that evening).

NPR reporter Josie Huang covering the Black Lives Matter convergence at St. Francis Medical Center was arrested for interfering with the arrest of a male protester.

“The female adult, who was later identified as a member of the press, did not identify herself as press and later admitted she did not have proper press credentials on her person,” the department stated.

Other witnesses allegedly stated Huang was covering a section of the protests where BLM members tried instigating a physical altercation with deputies, thus potentially creating a new narrative—erasing the horrific shootings of the two deputies and overlapping it with police brutality.