A Forgotten Asian-American Hero of 9/11 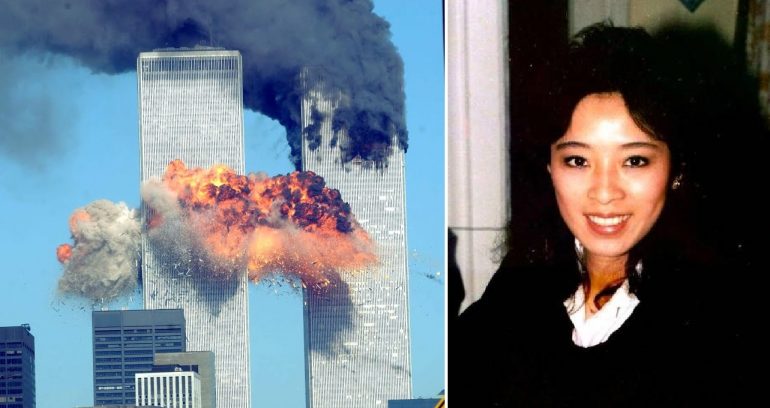 Before she died, Ong was able to contact American Airlines’ reservation center in Raleigh, North Carolina, and relayed information that led to the first-ever closure of US airspace by the Federal Aviation Administration.

“The cockpit is not answering. Somebody’s stabbed in business class, and, um, I think there’s Mace and we can’t breathe. I don’t know, I think we are getting hijacked,” Ong’s first sentence when she called the American Airlines reservation desk.

Ong would remain on the phone for 23 minutes as she reported second-by-second detail of the hijacking from information relayed to her by her fellow flight attendants until the plane crashed into the North Tower at 8:46 am.

Betty Ann Ong was based at Logan International Airport in Massachusetts. Originally from San Francisco, California, Ong spent 14 years on the job and eventually made her way up to head flight attendant. According to friends and co-workers, Ong was the type of person to skip her breaks so she could tend to passengers.

“She made me feel very much at ease and just kind of helped me along when I needed any guidance or suggestions. It was a real joy to work with Betty,” Janna S., Ong’s coworker stated.

The Betty Ann Ong Foundation was launched by her family years after 9/11 and was aimed at preventing childhood obesity through exercise, healthy eating, and outdoor activities.

Eventually, Ong’s hometown of San Francisco renamed the Chinatown Recreation Center after her. In addition, the Betty Ann Ong Foundation provided $100,000 to the newly named recreation center for supplies and equipment.