Two sheriff’s deputies tried to stop a black man in his 30s riding a bicycle “in violation of vehicle codes,” but when they approached him, he got off his bike and ran, according to The Mercury News.

Deputies caught up to the suspect nearly a block away and when they approached him, he punched one of the deputies in the face and dropped items of clothing he had been carrying. Deputies “noticed that inside the clothing items he dropped was a black semiautomatic handgun.” Deputies opened fire, shooting the man several times. Investigators later recovered a handgun from the scene.

The man was later pronounced dead at the scene. The deputies were not wearing body cameras.

Around 100 Black Lives Matter activists gathered in the area and began spewing racial slurs toward any deputy on sight. One protester stood in front of a Caucasian deputy and called him a “blue-eyed devil.” When the sheriff’s deputy blinked, the BLM activists commanded “Look at me while I’m talking to you. Don’t look away, you look at me! You b*tch ass!”

A female Black Lives Matter member stood in front of another sheriff’s deputy and ranted “F**k you! F**k Asians! F**k anybody!”

Taste of Their Own Medicine: Petition Demands NBA, NFL Be 15% Asian

Many local African-Americans have become bitter over the years because they failed to drive out the Koreans out of Koreatown during the 1992 Los Angeles Riots whereas they successfully drove out the Jewish storeowners during the Watts Riots in 1965.

Without major outside community help or reparations from LA County, the Korean-Americans rebuilt within a few years after 1992 and turned greater-Koreatown into a 1st world neighborhood resembling Seoul, South Korea.

Asian-American advancements in education after California banned affirmative action in 1996 have also played into the Asian advantage in STEM majors with Cal-Tech being 50% Asian as well as Stanford and UC Berkeley. African-Americans were unable to compete in STEM fields or find work in the tech industry, which is over 60% Asian in California now.

The African-American population in California has dwindled to 5.51%, while the Asian population has skyrocketed to 14.52%. Asian-Americans had nothing to do with the recent shooting, however, deep-rooted bitterness is seeping through.

Feature Image via The Mercury News 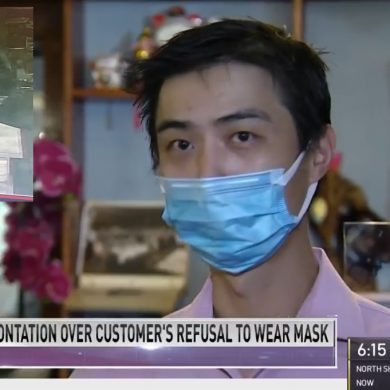