Ivy’s Tea Co. Accuses Trap Tea of Stealing Her Idea and Wants All Their Money 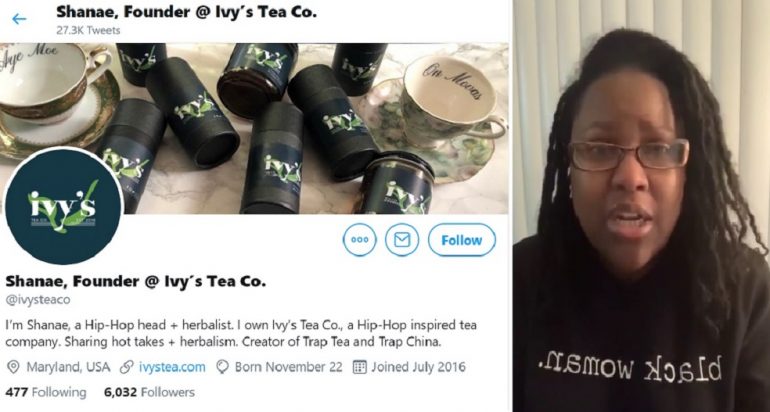 Over the weekend, an Asian-owned boba tea shop (boba was created in Taiwan in the late 1980s) in Aurora, Colorado was harassed by a female African-American customer who was irate the business was not black-owned and that the businesses’ name was Trap Tea. She felt the word “trap” was an African-American slang word, therefore, using the word was cultural thievery.

Shanae posted a nearly 20-minute long video on her Instagram account after the Trap Tea footage exploded over the weekend. In this video, Shanae explained who she is, what she is, and why she thinks the name “Trap Tea” belongs to her and her culture, even though her company is called Ivy’s Tea Co.

Shanae’s mission is to create a new tea culture, which she believes to be European and force Americans to assimilate to black culture, “screw ‘em! America assimilate to us!” she stated. However, every credible historical source agrees with the fact the Chinese invented tea around 1,500 BC, which Shanae vehemently disagrees with.

One of many current campaigns to rewrite history and claim all accomplishments and inventions are from black people. There is also a campaign claiming Buddha was black as well and Asians should worship their true God, black people.

Shanae continues to state in her video that she sides with the black woman who berated the Asian tea shop for naming their store Trap Tea. “An Asian company that has stolen my idea and is now profiting off anti-black rhetoric against this black woman. And I am hot, all I see is red,” she emotionally described.