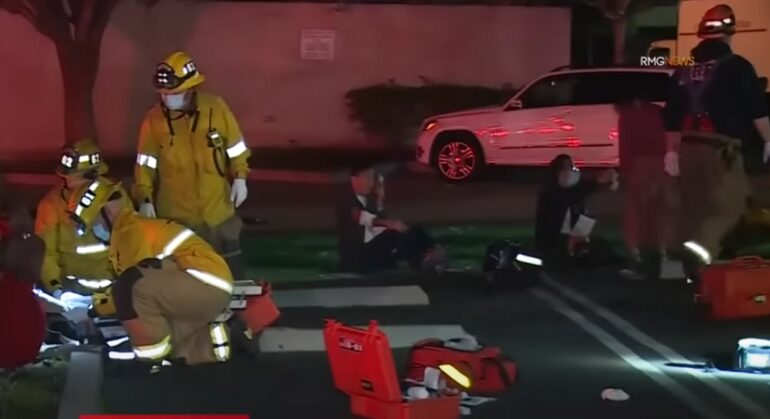 Police have yet to officially confirm the exact number of dead and injured, according to i24News.

The motive behind the attack is not known. The shooting took place around 10 p.m. during Chinese Lunar New Year celebrations on Garvey Avenue.

Monterey Park has a large Asian-American population and Saturday afternoon kicked off a two-day Lunar New Year Festival, one of the largest in the area.

Seung Won Choi is an owner of a seafood barbecue restaurant on Garvey Avenue across from where the shooting happened. He told the Los Angeles Times there were people who rushed into his restaurant and told him to lock the door.

They told him there was a man with a “long gun” in the area. The shooter had multiple rounds of ammunition on him and reloaded his weapon after magazine dumping indiscriminately.

Some witnesses and residents are speculating this attack may have been racially motivated. The shooter chose Lunar New Year to attack.

Monterey Park is about 65% Asian, 27% Latino, and 6% Caucasian and is considered a safe neighborhood.