Legendary Hong Kong director Benny Chan Muk-sing passed away Sunday, August 23, at the age of 58, according to Yahoo News, he was suffering from nasopharyngeal cancer.

Last year, Chan fell ill while on the set of his latest film, Raging Fire, starring Donnie Yen and Nicholas Tse. He went for a physical examination and found out that he had nasopharyngeal cancer, commonly referred to as nose cancer.

By the time Chan finished filming Raging Fire, he was unable to complete post-production work and had to hand over the reins to another colleague.

He spent the last remaining months of his life hospitalized at the Prince of Wales Hospital in Sha Tin, Hong Kong. However, soon after transferring to Hong Kong Sanatorium & Hospital, he passed away. Chan is survived by his wife, a son and a daughter.

Chan got his start in showbiz working for TVB as an assistant director to Johnnie To Kay-Fung and was later promoted to director. He’s known for his police and crime films—one of which, Big Bullet, a 1996 film he directed, produced, and wrote won awards for film editing at the 1996 Golden Horse Film Festival and the 16th Hong Kong Film Awards.

His other well-known works include New Police Story, Shaolin, Gen-X Cops, and Who Am I? Donnie Yen released a statement via Instagram account on Chan’s passing. 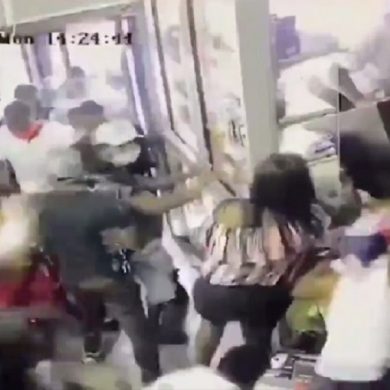