Presidential candidate Joe Biden recently released his plan to take your guns away and it doesn’t matter if you’re a law-abiding citizen. Basically, what do you need guns for? Well, the reason the United States doesn’t look like India is that we fought off the British and saved ourselves from 200 years of British tyranny.

Biden plans on “incentivizing” states to create gun licensing programs, according to FPC (Firearms Policy Coalition). Biden’s new plan also calls for “Smart Gun” technology, which means the government will eventually have the ability to disarm your weapon with a “killswitch,” according to The Washington Post. Not to mention a new wave of fees for newly purchased firearms and inherited firearms as well, even the Washington Post admits Biden’s new gun control plan is terrible for the working class.

Among other proposals, the future Biden administration wants to create a task force to study online extremism and label potential threats. This means your pro-2nd Amendment post on Instagram or Facebook could justify the ATF raiding your house. Sounds stupid? Austin Tong was recently banned from school for posting a pro-2nd Amendment picture of him holding his legally owned AR-15 on the 31st anniversary of Tiananmen Square.

According to the Firearms Policy Coalition, these are Biden’s plans for the 2nd Amendment:

FPC states these new sets of possible future policies were probably written by Michael Bloomberg. The language used isn’t normal anti-gun pre-election pandering. They’re very targeted and will mean millions of Asians will also become unarmed and when the next civil disturbance occurs, it will look like Los Angeles Koreatown 1992 all-over-again—nationwide this time. When the dust settles and the smoke clears, like in 1992 and 2020, hundreds of Asian businesses will be destroyed and we’re going to be blamed for being too successful. 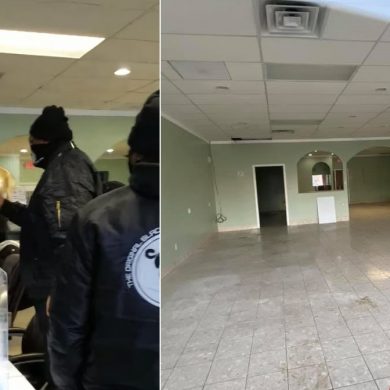