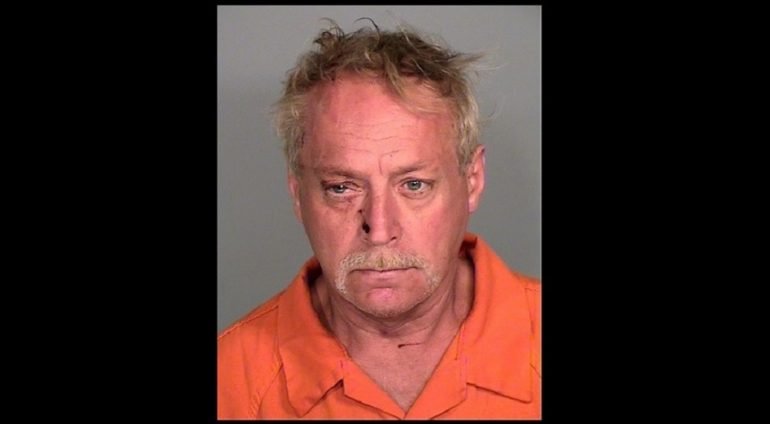 63-year-old Gregory Allen Johnson of St. Paul, Minnesota, has been charged with bias-motivated assault and DWI by the Ramsey County attorney’s office.

According to authorities, Johnson arrived at Lake Gervais County Park around 2 pm on July 15, Wednesday. He sat there alone for hours and drank. Witnesses later stated Johnson cursed at the Asian woman and the rest of her family throughout the time he was at the park.

“Fu*k you—speak the language I speak—you shouldn’t be here!” according to witnesses.

The Asian family tried offering food to Johnson to calm him down but he refused. Further witness statements describe his comments “as hateful towards the race and skin color” of the woman’s family, reported Twin Cities Pioneer Press.

Johnson left the scene and returned with a minivan. It was 7:15 pm. He drove the minivan onto the grass, picked up his belongings from his picnic table, and continued to yell profanities at the Asian family. Members of the family began moving their children away as they now felt the situation was about to escalate into something physical.

Johnson rapidly reversed his van and struck the woman, injuring her abdomen and hip area, and caused her to fly backward and landed on her back. Johnson crashed into a tree and was rendered unconscious. Authorities later tested Johnson’s blood-alcohol level, which was 0.20; two times the legal limit in the state of Minnesota.

Paramedics arrived on scene and transported the Asian woman to the hospital. She later stated to an investigator “that everything is so overwhelming and scary at that point she still is having difficulty talking about the incident.”

Johnson is no stranger to the law. He has multiple prior convictions from threatening his mother while he was intoxicated in 2015, hitting a parked car while drunk, throwing urine samples at police officers in 2010, and a DWI in 2009. On June 22 of this year, he was also charged with threatening to shoot his former girlfriend at a hotel.

According to Twin Cities Pioneer Press, a judge has ordered Johnson to be evaluated to determine he is competent to proceed with trial from a mental health standpoint. Johnson posted bail and released on June 23.