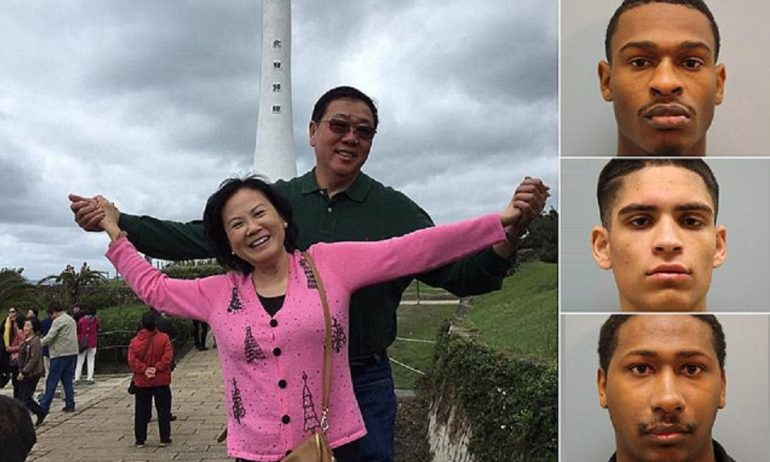 *Editorial Correction* Khari Kendrick was supposed to be sentenced to 30 years in prison for a string of 20 burglaries, not 30. We apologize for that typo.

On January 11, 2018, Thursday night, Jenny and Bao Lam returned to their Northgate Country Club gated community home and were ambushed as they parked their car into the garage by Erick Alfredo Peralta, 20, half-brothers Aakeil Ricardo Kendrick, 21, and Khari Ty Kendrick, 23.

Houston police believed the couple was targeted because they were Asian. African-American youths have been targeting the Asian community for several years from Los Angeles, Houston to New York, and across the Atlantic to London and Paris.

“Everything was disturbed,” stated Harris County Sheriff Ed Gonzalez to KTRK. “Furniture was overturned, drawers were opened.” The house was completely ransacked. Firearms, jewels, even the coffee mugs, and coasters were stolen as well as Jenny’s Porsche Panamera.

Jenny’s Porsche was eventually found abandoned off some barren parking area the following day. The three perpetrators used the car to haul the couple’s belongings back-and-forth to their apartment complex. CCTV footage from the gated community eventually led to the identification of three suspects. Within 24 hours, Harris County deputies arrested all three murderers.

Remembering the Yang Family, Gunned Down by a Nobel Peace Prize Nominee

All three men have been charged with capital murder and awaiting trial in Houston, Texas as of July 2020.