This has absolutely nothing to do with Asian-Americans but serves as a warning to all Asian-Americans of what will most likely happen to the Asian-American community in the near future. On July 5 in Indianapolis, Indiana, 24-year-old Jessica Doty Whitaker was shot dead for saying “All Lives Matter.” Afterward, thousands of pro-BLM netizens started bombing Whitaker’s Facebook page with racial slurs and celebratory gestures of her death, according to the Daily Mail.

Thousands of Asian-Americans are not joining the Black Lives Matter movement, especially the owners and family members of hundreds of Asian businesses burned to the ground the last few months from the BLM riots that swept across the United States. Asian-Americans are also not joining the latest White Supremacist movements, either—for obvious skin tone and racial reasons.

But will Asian-Americans be the next target for not washing African-American feet, for not kneeling down and admitting our inferiority, for not staying quiet about the Black-on-Asian violence epidemic, for not properly bootlicking our African-American neighbors?

On the morning of July 5, Jessica Doty Whitaker went for a walk with her fiancé Jose Ramirez and two other friends in Indianapolis.

According to Ramirez, someone from his group used the slang version of the “N-word” to another group of African-Americans with Black Lives Matter. The African-American group drew their guns, which caused Whitaker’s group to draw their guns as well. Eventually, both groups were able to talk through the misunderstanding and de-escalated the situation or so they thought.

“It was squashed and they went up the hill and left we thought, but they were sitting on St. Clair [Street] waiting for us to come under the bridge and that’s when she got shot,” Ramirez stated to Fox 59.

“I was actually holding her when it happened. She just fell,” Ramirez stated.

If Whitaker deserved to die for saying “All Lives Matter” and for the slang version of the N-word used by members of her group, does that mean the many incidents of Black-on-Asian violence we’ve covered, the perpetrator deserves to die for calling an Asian a racial slur or is it only a one-way street?

More than a week after Whitaker’s death, police are still looking for the murderers responsible for her death. Meanwhile, Whitaker’s family members are irate and have called for labeling Black Lives Matter a terrorist group.

Family members have started a GoFundMe page. It can be accessed by clicking HERE 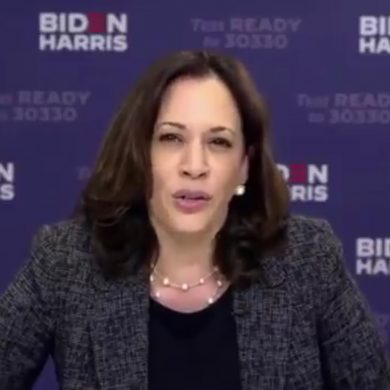