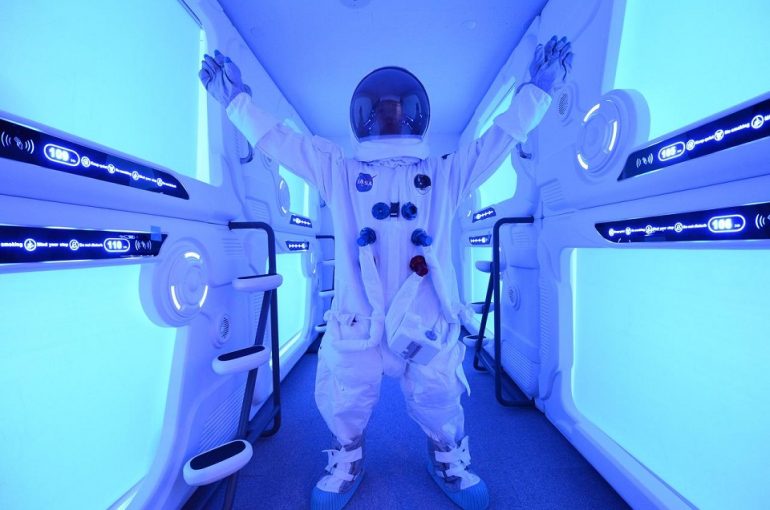 On Friday, The Japanese Ministry of Education, Culture, Sports, Science and Technology signed a joint declaration with NASA to cooperate in the US-led Artemis manned lunar project.

The Artemis project involves building ‘The Gateway,’ a space station around lunar orbit through international cooperation. The Japanese, currently the world’s leader in battery technology will contribute various technologies, including advanced environmental control systems for the Habitation and Logistics Outpost on Gateway, which will be launched in 2023.

“We’ve taken a big step toward the first-ever landing of Japanese on the moon,” stated minister Koichi Hagiuda during a Cabinet meeting press conference, reports the Japan Times.

Much like the United States, the Japanese obtained their rocket technology from Nazi-Germany during World War II. The United States brought over 1,600 Nazi scientists during Operation Paperclip and put them in charge of JPL and NASA. Former SS officer Wernher von Braun later became the first director of NASA (he was also on Israel’s hit-list for executing the slowest Jews on a daily basis in a concentration camp)

The Japanese improved turbojet engines, called the Ne-20 were later taken by American forces after Japan’s surrender and used to develop America’s first jet fighter, the F-86 Sabre. Once America deconstructed the Nakajima and implemented its designs to the Sabre, the Japanese became the only former-Axis country not allowed to develop an advanced aerospace industry for decades, especially Mitsubishi.

Despite the earlier handicap, JAXA (Japanese Aerospace Exploration Agency) is the second most advanced space agency in the world, after NASA. They have developed advanced probes able to land on moving asteroids and comets with deploy robots to gather rock samples and fly them back to earth. The Hayabusa 2 probes come to mind as well as advanced environmental systems and rocket technology assisting the European Space Agency.