BATON ROUGE, LA—Yoshihiro Hattori was a 16-year-old Japanese exchange student who recently passed a test for the American Field Service (AFS)—a worldwide exchange organization for young people. Shortly after passing, Hattori was sent to the United States in the summer of 1992, an exchange program that would last about 12 months.

Hattori was hosted by Dr. Holly Haymaker and her husband, Dick Haymaker, a theoretical physicist, in Baton Rouge, Louisiana. From the moment they met Hattori, he made an immediate impression.

“Yoshi was very ebullient, a total extrovert,” Holley recalled. “The kids at McKinley High School loved him because he was such a free spirit.” Her husband agreed. “He was a really, really extraordinary guy. He was life. He moved through space like a dancer.”

Within a few weeks Hattori and the Haymaker’s son, Webb, were both invited to a Halloween party in the city of Central, northeast of Baton Rouge.

On Saturday, October 17, 1992, Dick and Holly went to the movie theater to see “Last of the Mohicans,” while Hattori and Webb were on their way to the Halloween party. Hattori was dressed as John Travolta from Saturday Night Fever—he had been watching a lot of John Travolta movies leading up to the party, according to Webb.

They eventually ended up to what they thought was the correct house. The house had Halloween decorations and had three cars in the driveway.

Webb and Yoshi knocked on the door and got no answer. They eventually saw a woman open a side garage door and peer out before slamming it in their faces.

“We were walking away sort of confused, I had started to walk down the block wondering if it was a different house,” Webb explained. “But then someone opened the door – Rodney Peairs opened the door.”

30-year-old supermarket butcher, Rodney Peairs, opened the door with a loaded .44 Magnum in his hand. Yoshi turned back towards him.

Peairs shouted “Freeze!” but Yoshi seemed not to understand and kept moving forwards. Peairs fired once, hitting Yoshi in the chest, and slammed the door.

Peairs was soon arrested and released without charge because he was within his legal right to shoot a trespasser. However, after complaints from Louisiana’s governor and Japan’s consul in New Orleans, Peairs was charged with manslaughter.

In May 1993, Peairs was acquitted after a jury deliberated for just three hours. Peairs had every right to defend himself. It was his 2nd Amendment right.

Under Montana’s so-called “castle doctrine” law, homeowners are allowed to use deadly force if they “reasonably believe” an intruder is trying to harm him or her. Similar types of castle doctrines exist in all 50 states of the union.

Kaarma had been robbed before and promised himself he would not be a victim again. His girlfriend, Janelle Pflager left their garage door open and Ms. Pflager also left her purse in the garage in order to bait intruders. However, no one forced Dede to enter someone else’s garage; he decided to gamble with his life all by himself on April 27, 2014.

The couple set up motion sensors and a video monitor in the garage. When the sensors went off around midnight, Kaarma went outside and blasted Dede several times—killing him.

A jury took less than three hours to deliberate and find Peairs not guilty for believing a 16-year-old Japanese boy dressed like John Travolta was a threat and he had every right to protect himself and his family and no crime was committed when he shot and killed Yoshihiro Hattori.

Guess what? 30-year-old firefighter Markus Kaarma got no such respect.

The jurors rejected Kaarma’s argument that he shot in self-defense and he was sentenced to 70 years in prison.

Handing down the stiff sentence, District Judge Ed McLean said, “You didn’t protect your residence, you went hunting. And here you have a 12-gauge shotgun that’s loaded. Not to protect your family but to go after somebody.”

“You are angry at the world and it’s evident in your behavior,” the judge added.

Double-standards? 17-year-old Diren Dede looked more of a threat than a 16-year-old Japanese boy dressed as John Travolta. Dede was obviously in the garage to do something—he was inside another person’s house. Let’s not pretend Dede was there for innocent reasons. 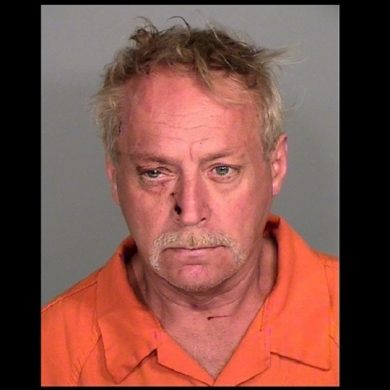