Michael Lofthouse Apologizes for His Behavior 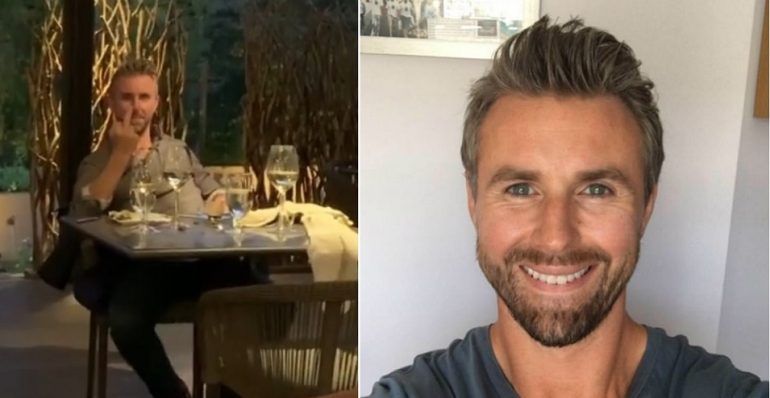 CEO of a San Francisco-based tech company, Solid8, Michael Lofthouse apologized on Tuesday for his racist rant to an Asian-American family at a California restaurant called The Bernardus Lodge on the 4th of July. Ironically, Lofthouse is British.

The now-viral video posted on Instagram by Jordan Chan, shows Lofthouse cursing at Chan’s family while celebrating a birthday inside the Carmel, California restaurant. “You F**king need to leave! You Asian piece of sh*t.”

A restaurant employee can later be seen coming to the aid of the Asian-American family. The waitress can be seen saying “You do not talk to our guests like that! They are valued guests. Get out!” She later escorted Lofthouse off the premises.

Lofthouse issued a statement to a local ABC affiliate “My behavior in the video is appalling. This was clearly a moment where I lost control and made incredibly hurtful and divisive comments. I would like to deeply apologize to the Chan family. I can only imagine the stress and pain they feel. I was taught to respect people of all races, and I will take the time to reflect on my actions and work to better understand the inequality that so many of those around me face every day.”

Lofthouse has apparently been in trouble with the law before. Records show he has been arrested for domestic abuse among other offenses in the past. Lofthouse has since deleted his Facebook, Linkedin accounts, and his Twitter account has been suspended.

An unfortunate development from this whole incident resulted in a completely innocent company located in the U.K. also called Solid8 was 1-star bombed and received massive amounts of threats. They immediately issued a statement emphasizing they are a completely different company and is “in no way associated with the business in question,” according to Forbes.