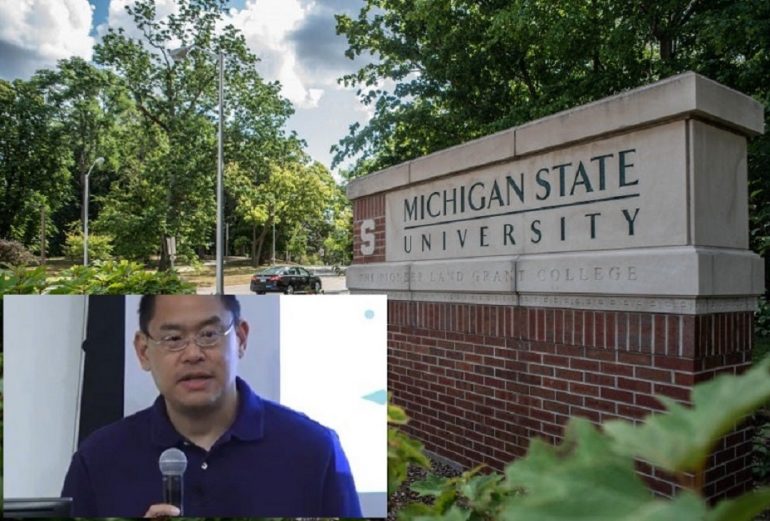 According to College Fix, Michigan State University has successfully pressured vice president of research and innovation Prof. Stephen Hsu to resign from his position. This ousting came after the Graduate Employees Union successfully carried out a campaign to demand Hsu’s resignation.

There were two underlying reasons why Hsu was forced out of his position. The main reason was that the professor touted Michigan state research that proved police are not more likely to shoot African-American suspects. The second reason was that the Graduate Employees Union discovered blog posts and interviews from years ago showing Hsu shared content on genetic differences among different races.

“The victory of the Twitter mod will likely have a chilling effect on academic freedom on campus,” Hsu stated to The College Fix via email.

The union basically used Black Lives Matter’s #ShutDownStem day on June 10 to unceremoniously oust Hsu. On June 19, Hsu officially stepped down from his position after receiving additional pressure from the president of the university, Samuel Stanley.

The union even went so far as to create a petition against Hsu, accusing him of “scientific racism.” An open letter was also signed by over 500 faculty and staff members of Michigan State, which claims Hsu supports the crazy idea intelligence is linked to genetics. However, world data has shown for decades Asians have always made the Top 10 in IQ Rankings.

An African-American Harvard professor named Roland Fryer, who wanted to prove once and for all police in the United States were more likely to shoot a suspect if they were black conducted a comprehensive study and released the findings in July 2016. The paper was titled “An Empirical Analysis of Racial Difference in Police Use of Force.”

2 Arrested for the Murder of Food Delivery Driver in Oakland

The findings were shocking, even for Prof. Fryer. In the research, he found “a fraction of [police officers] have a preference for discrimination.”

Fryer went on to state in the paper

“On non-lethal uses of force, blacks and Hispanics are more than fifty percent more likely to experience some form of force in interactions with police. Adding controls that account for important context and civilian behavior reduces, but cannot fully explain, these disparities. On the most extreme use of force – officer-involved shootings – we find no racial differences in either the raw data or when contextual factors are taken into account. We argue that the patterns in the data are consistent with a model in which police officers are utility maximizers, a fraction of which have a preference for discrimination, who incur relatively high expected costs of officer-involved shootings.”