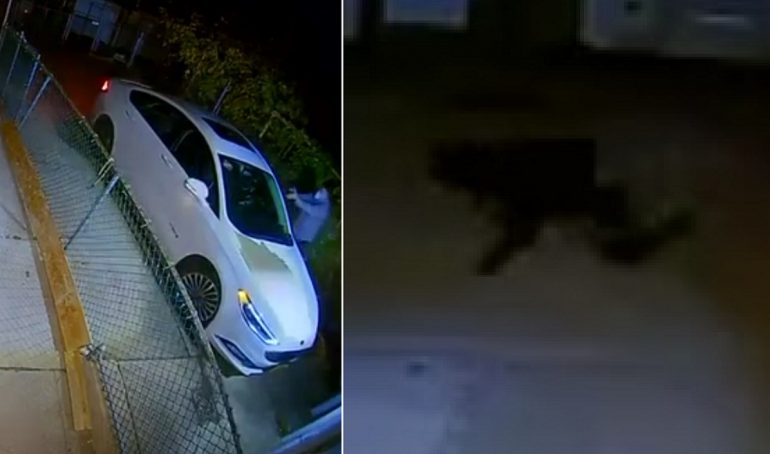 PHILADELPHIA, Pennsylvania—A man is dead following an attempted robbery in Philadephia’s Mayfair section early Saturday morning. The incident occurred on the 3200 block of Longshore Avenue around 12:15 a.m., according to CBS3.

An Uber driver (Asian man) got out of his car on Longshore Avenue near Sackett Street when three men walked up to him with guns drawn.

There are conflicting reports whether the Asian man was an Uber driver or an Uber Eats driver. However, the police have now confirmed all three suspects are African-American men.

The Asian man initially complied and tried to act like he was helpless. The robbers felt confident of his submission, which ended up being their biggest mistake.

Seeing his opening, the Asian man pulled out his own pistol and mag-dumped on all three suspects, killing one and wounding two. One suspect can be heard screaming “Please!” multiple times after taking multiple rounds to the chest.

One of the suspects was pronounced dead at 4:59 a.m. at Jefferson-Torresdale Hospital. Another suspect is in critical condition from multiple gunshot wounds throughout his entire body. The third suspect was arrested.

Two firearms have been recovered.

“The person who was targeted in this robbery was in possession of a valid permit to carry,” Inspector DF Pace said. “He stayed on location, spoke to police, described what happened, and additionally, there were numerous cameras in the area that we were able to access, which confirmed his version of what happened.”