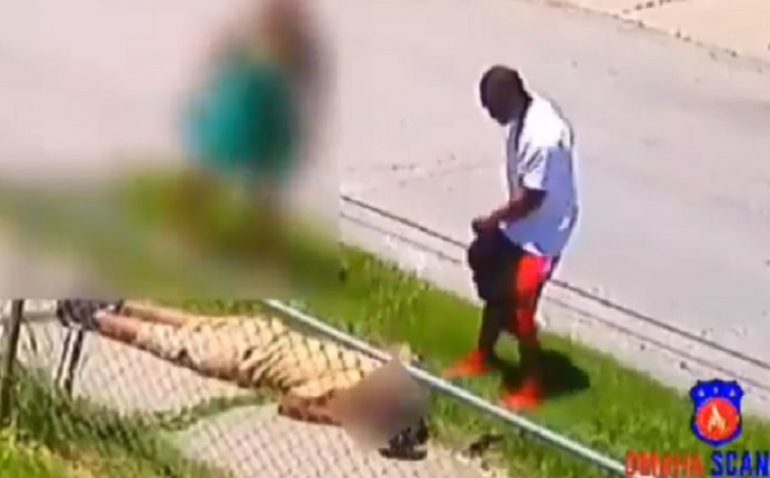 The incident took place around 1:30 pm Thursday, June 4, around 31st Avenue and Taylor Street in Omaha, Nebraska. The 63-year-old victim is allegedly Vietnamese.

According to NBC6 News, the 63-year-old victim was struck in the head with a metal object by a black woman and then was assaulted and robbed by her accomplice. CCTV shows the man emptying out the unconscious victim’s pockets and then kicking him once again just because.

First responders found the victim sitting on a nearby porch with a bloody head. The victim indicated he didn’t remember what happened. The last thing he remembered was walking in the area and then waking up on the ground “covered in blood,” and noticed his cell phone and earbuds were stolen.

Harvard Tells Asian Students ‘You May Wish You Weren’t Asian’

Anyone with information about the robber is asked to contact the OPD Robbery Unit at 402-444-4619; or anonymously through Crime Stoppers at 402-444-STOP (7867); at www.omahacrimestoppers.org or at using the P3 Tips app. Tips leading to the man’s arrest are eligible for a reward up to $1,000, police said.