SILICON VALLEY, California—Veronica Wu, a board member at VF Corporation—one of the world’s largest apparel companies in the United States—stepped down from her position, which she held since March 2019, according to Axios.

VF Corporation is behind iconic brands like The North Face, Supreme, and Timberland. Wu was also a co-lead on a fund that once described itself as the “largest pool of money dedicated to seed startups.”

In June 2020, an office manager at Hone Capital notified Wu that the firm would recognize Juneteenth as a company holiday, according to email exchanges obtained by Axios.

Wu initially did not know what Juneteenth was. The office manager explained the holiday to her and Wu’s response is what got her in trouble.

“This is where I am particularly not supportive. I have lived in the country as a minority and women for all my life. I have not experienced much racism or discrimination as a minority or female. By and large, I was able to get opportunities to compete as fairly as I think. I truly believe this country, by and large, is not a racist country,” Wu replied.

“Not to say there are not people who might be (there might be minority and some extremists), but it is by far not the biggest problem this country is facing. The more we try to make it an issue only aggravates the situation by making people more aware of the difference. This country is great because it is a meritocracy,” Wu continued to write.

What Wu wrote isn’t so different from what Morgan Freeman said to Don Lemon on CNN a few years ago.

“If people are truly color blind they would just stop talking about color and pay attention to the quality of work. If we judge racism by requiring every job has to be based on a racial proportion vs. merits, then NBA should not have so many black players. I don’t see people complaining about that.”

“I don’t believe in Black Lives Matter. If anything I think they are the true racists trying to stir up things to make this country going to socialism or even communism potentially,” Wu wrote. 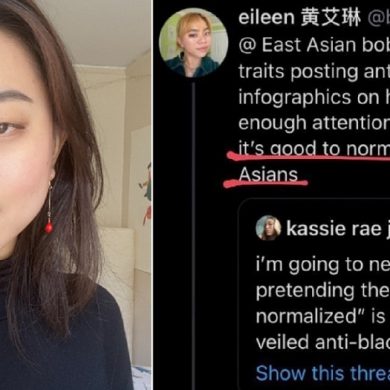