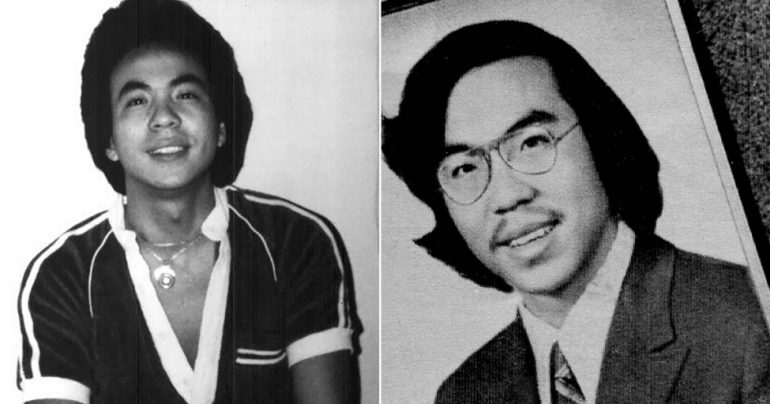 On June 19, 1982, a Chinese-American man named Vincent Chin, 27 was beaten to death by 43-year-old Chrysler foreman Ronald Ebens and his 22-year-old stepson, Michael Nitz, who just got laid off from Chrysler. They thought Chin was Japanese and blamed him and his people for the fall of the American automobile industry. A fall America has never recovered from.

There was a tremendous amount of anti-Japanese sentiment in Detroit at the time. Within a decade, the Japanese automobile industry spearheaded by Toyota systematically destroyed its American competitors.

Vincent Chin was a draftsman for Efficient Engineering, which supplied automobile parts to the Big 3 (GM, Ford, Chrysler). On that tragic June 19th night, Chin joined a bunch of friends at a strip club in the Detroit area to celebrate his upcoming wedding.

According to testimony during his murder trial, a dispute arose between Chin’s party and Ebens and Nitz over a stripper. A stripper later testified Ebens screamed at Chin, “It’s because of you motherfu*kers that we’re out of work!”

A fight ensued and was later taken outside. Ebens grabbed a baseball bat from his car while Chin was busy with Nitz. Ebens tried to chase Chin down, but Chin ended up running away. Ebens and Nitz then got into their car and drove around the neighborhood for nearly 20 minutes.

When the two men found Chin, Nitz ran up and held Chin from behind while Ebens bludgeoned Chin with his baseball bat. Chin later died in the hospital four days later from his injuries.

Vincent Chin’s murder made local headlines but didn’t garner any kind of national attention. The story became a big deal after the judgment several months later.

Both Ebens and Nitz stated during the trial they didn’t mean to kill Chin, they were just angry the Japanese automobile industry was systematically destroying their livelihoods. The judge presiding over the case agreed.

On March 16, 1983, Wayne County Circuit Judge Charles Kaufman ruled Ebens and Nitz guilty of manslaughter. They were each fined $3,000, $780 in court costs, and three years’ probation.

In 1984, Ebens was sentenced to 25 years in prison for violating Vincent Chin’s civil rights. However, Ebens later appealed, received a retrial, and was cleared of all charges in 1987. During a civil suit in 1987, Nitz (stepson) was ordered to pay the Chin estate $50,000, which he did over a10 year period. Ebens was ordered to pay $1.5 million, which he never did. The current estimate of what Ebens owes the Chin estate with interest is around $8 million. Vincent Chin’s mother was so disgusted by this ordeal, that she immigrated back to Guangzhou, China.