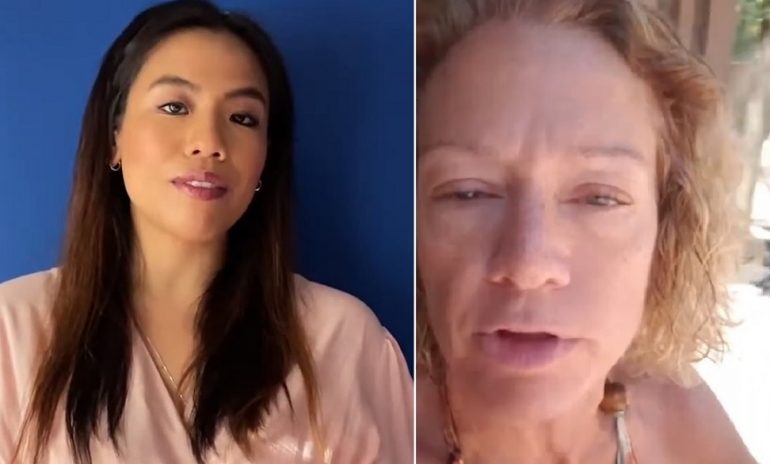 “I wanted to show my support but I can’t be in a big crowd because we are still scared of COVID-19, reinfection and infection rate is going up…the only way I can show my support is by donating water and snacks to protesters,” said Nurse Krystle Ann Batong.

Batong and her friend were simply passing out water and snacks during a Black Lives Matter rally in Fort Lee, New Jersey earlier this week when they were approached by a random local, according to Balitang America.

“This other woman, screamed at us, at the top of her lungs, saying shame on you and claimed that we were paid actors to come to Fort Lee and cause division, and cause chaos,” explained Batong.

The woman screamed “This is Melissa Osso!” and went on Facebook Live to report what she did to Batong.

“I’ve already been called a racist, because I called them out for being divisive, for providing water which Black Lives Matters usually does, they provide water at these events, it’s not organic, it’s infiltrated, it causes division in our town and I’m not standing for that,” said Osso.

“Here they’re providing water bottles, and they got their masks, see if you notice a commonality of shirts, you see the shirts, do you notice the commonality… there’s water.”

Batong was simply stunned by this and later stated to Balitang “My initial reaction was shocked, we didn’t think this existed here but it did so… we were just confused, I was also just hurt and I was angry, I couldn’t understand why she was attacking us for just handing out water.”