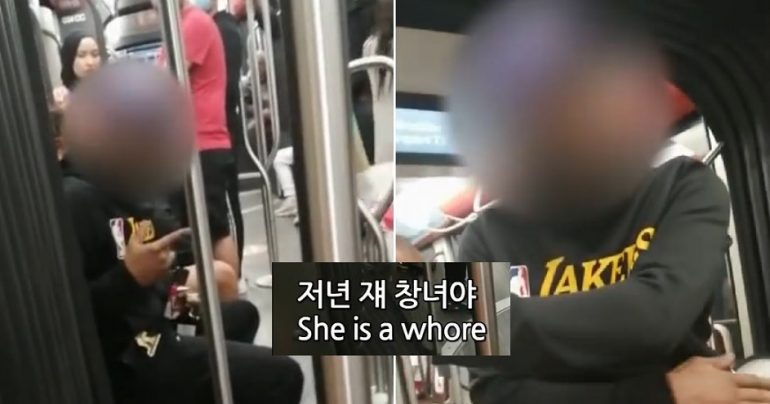 This incident occurred on June 6 on Tram Line 2 in Nice, France around 9 pm. The Korean woman wishes to remain anonymous, using only her screen name LilaLila. She has been working and studying in France for a year.

She was able to capture most of the verbal confrontation with her smartphone. A Frenchman of African descent sitting in front of the Lila and her companion began verbally insulting her after staring at her for a few minutes.

The Frenchman first began by speaking to her in a mock Chinese accent and saying Lila brought the coronavirus to France. He called her Chinese and screams “The disease came from your country!”

The Frenchman then replies to Lila’s companion “Are you her boyfriend? You have balls or not? Remove your mask. Nothing to say? You are a bitch! Nothing to say?”

There are multiple people on the train and no one does or says anything. The Frenchman begins to scream repetitive insults at Lila “You’re Chinese, the disease came from you country! You eat cats and dogs!”

A Good Samaritan eventually walks in front of the cursing Frenchman and tells him to stop. He replies by pointing his finger at Lila and calls her a “whore.” You can see other passengers smiling and laughing in the background.

The Good Samaritan tries to calm the situation down, but the cursing Frenchman wouldn’t relent.