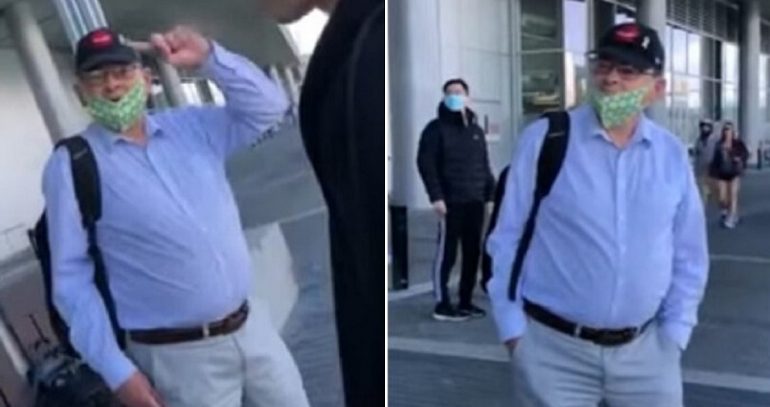 A video has recently gone viral of a Canadian Caucasian man in his 60s or 70s, going off about his views of China and the Chinese people to a group of Asians.

An Asian woman named Carol, shared a video on her Facebook saying she and her friends were waiting for lunch at the Vancouver Convention Center when the man approached them, according Richmond News.

In Carol’s post, she writes “We were just minding our own business at the waterfront waiting for our lunch, and he came up to us to start ranting about China.”

The Caucasian man, identified himself to be a Richmond resident, a semi-retired lawyer with a degree from McGill University, unleashes his frustrations about China to the Asian group.

Here is the video. Watch and judge for yourself.

During the rant, Carol can be heard several times saying she is not from China. She is actually from Taiwan. The man can be seen brushing her off.

The Canadian man eventually walked away after he was asked his name and the law firm he’s employed under.