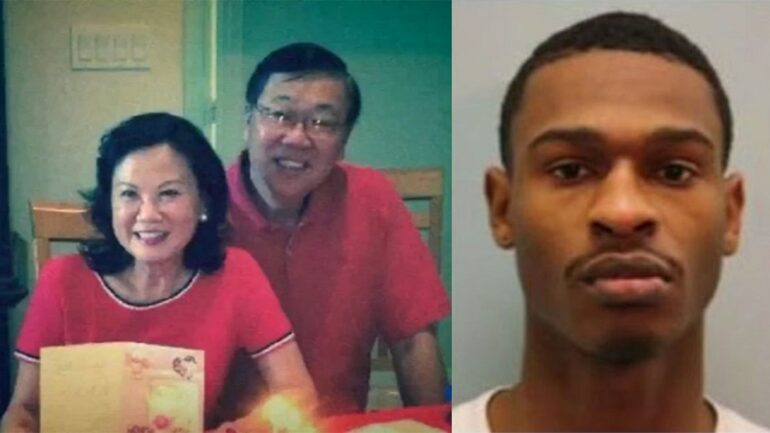 HARRIS COUNTY, TX—More than four years after an Asian couple was tied up and savagely executed in their home, the first man to go to trial in the case has been found guilty of their murders. African-American Khari Ty Kendrick was found guilty Friday afternoon with an automatic life sentence without parole.

Kendrick is one of three men accused of killing Jenny and Bao Lam during a home invasion back in 2018.

“The capital murder of Jenny and Bao Lam, two immigrants who worked hard and were prosperous, is such a devastating tragedy because they were shining examples of how much you can accomplish in Houston. A sentence of life in prison without parole is justice for such a random attack and brazen disregard for human life,” stated Harris County District Attorney Kim Ogg.

“They need to think for the rest of their lives about what they did behind bars. They can reflect on it for however long they live. I don’t think they should be out in the streets,” stated the couple’s son Richard.

Khari’s brother, Aakiel Kendrick, and Erick Peralta are awaiting trial on charges of capital murder. The three men were caught after a tipster who knew two of the defendants saw surveillance video of the trio breaking into the Lams’ gated community, reports ABC13.

On January 11, 2018, Thursday night, Jenny and Bao Lam returned to their Northgate Country Club gated community home and were ambushed as they parked their car in the garage by Erick Alfredo Peralta, 20, half-brothers Aakeil Ricardo Kendrick, 21, and Khari Ty Kendrick, 23.

“Everything was disturbed,” stated Harris County Sheriff Ed Gonzalez to KTRK. “Furniture was overturned, drawers were opened.” The house was completely ransacked. Firearms, jewels, and Jenny’s Porsche Panamera were all stolen.

Jenny’s Porsche was eventually found abandoned in some barren parking area the following day. The three perpetrators used the car to haul the couple’s belongings back and forth to their apartment complex. CCTV footage from the gated community eventually led to the identification of three suspects. Within 24 hours, Harris County deputies arrested all three murderers.