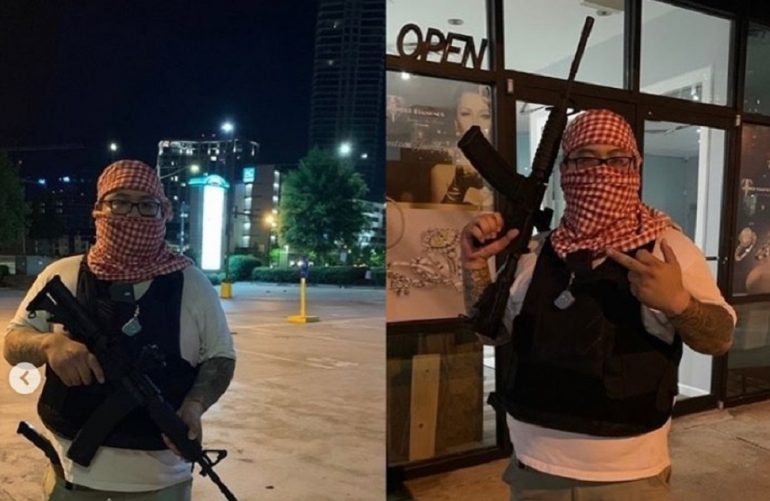 An Asian man known as @slimthejeweler, owner of Panda Jewelers successfully defended his business in Georgia last night, according to A.W.A..

Apparently, looters, some of them armed, tried to converge into a business plaza Saturday night. Some of the armed looters began shooting at @slimthejeweler, so he decided to fire back with his semiautomatic rifle. The looters quickly dispersed.

Through a text message, @slimthejeweler texted “Well they fired at me first. So we fired [sic] bakk.” He continued to text “Then they started scrambling to get away from the gunfire.”

Chinese Food Delivery Worker Punched, Robbed of $5, and Shot At

Some looters wanted to test their luck and ran back into the business plaza. That’s when @slimthejeweler started popping off multiple rounds into the crowd. The looters then got the hint and ran back away.