New York Times Bestselling Author Kelly Yang explained how cruel Harvard Law School treated her after being sexually assaulted by another student. She begins her Twitter feed with “My alma mater Harvard Law School asked for a donation for my 15th reunion, a class I’ll always share with the guy who sexually assaulted me when I was a teenager and completely got away with it.”

Yang continues “It’s a part of my life that I wanted to keep buried forever because it filled me with such shame, not just the fact that I was sexually assaulted, but the fact that the faculty of Harvard Law School actually voted on whether to take away my degree for speaking up about it.”

This incident is not surprising. The liberal institution has been caught lying several times through their teeth. Most recently they were forced to release a secret internal study they conducted from 1995 to 2013, which showed Asian-Americans had the highest scores of any race in SATs. Asian-American applicants also had the highest grades of any other race, yet Harvard capped Asian-Americans at around 20%. Something they denied until their internal study was discovered by the Trump Administration in 2018. You can find the link to the report they were forced to release through their newspaper The Harvard Crimson here

Kelly was only 18 when the sexual assault happened. She skipped several grades and entered college when she was just 13. She’s also a first-generation immigrant who overcame poverty and beat the odds.

After the assault, Kelly explained “When I told the school about it, Harvard Law School required me to write and sign a document saying I would not bring a criminal complaint with the police. I signed it, thinking that the institution that stands for justice would find justice on my behalf.”

Her heartbreaking story continues “The Harvard Law School ‘trial’ required me to sit in a room with my attacker & listen for hours as he called me a liar—a traumatizing + soul-crushing cross-examination process.”

Kelly states she presented her evidence as best as she could, including emails and health services records. Despite presenting what she could, Harvard Law School found her attacker not guilty. Immediately afterward, the university stated Kelly was now being investigated for “malicious prosecution.”

“The days that followed were the darkest ever as I waited for the faculty to vote on whether to yank away my own diploma. The law school told me that I could make the whole thing go away if I just dropped the charges. But I refused to drop the charges. My voice was my armor.”

“The day I was found ‘not guilty” was one of the most heart-wrenching days of my life. I was relieved, and gutted in my relief that the only justice I got for being sexually assaulted was I was allowed to keep the degree I earned.”

Kelly then added “A faculty member actually came up to me afterward and said ‘Congratulations! You get to graduate! Let me give you a bit of advice. Move on!”’

Kelly did move on. The whole experience disgusted her with law and the entire legal education she received from Harvard. She became a writer and found the courage to write about her ordeal in her new book, Parachutes. 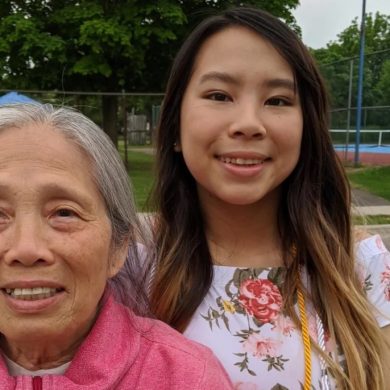