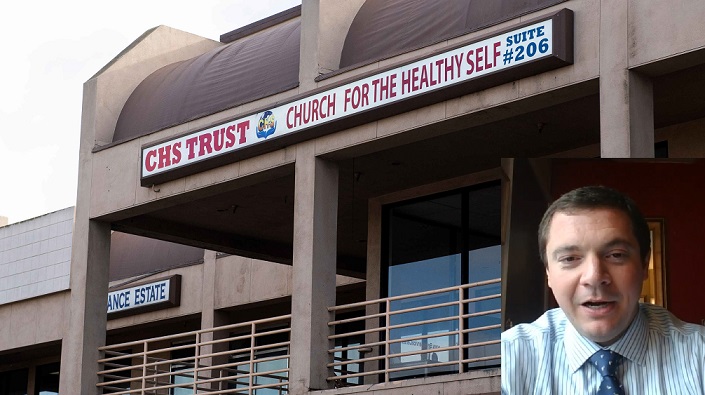 Kent R.E. Whitney, 38, was a pastor in a Little Saigon (Orange County, CA) church and is accused of swindling more than $33 million from investors. He’s expected to plead guilty to criminal charges, reports AsAm News.

Authorities allege Pastor Whitney ran the Church of the Healthy Self in a strip mall in Westminster. From this location, he also controlled an investment entity known as CHS Trust. Whitney founded this church back in 2014, a few months after serving a 44-month prison sentence for commodities investment fraud, according to the San Diego Union-Tribune.

Whitney and his church representatives frequently uploaded YouTube clips to solicit investments and were promising investors up to 12% rate of return with a guaranteed return of principal because the investments were supposedly insured by the federal government.

From 2014 to 2019, according to Whitney’s plea agreement, he scammed about $33 million from investors in his church’s trust fund. He guaranteed tax-deductible high-yields from reinsurance investments What are reinsurance investments? Investopedia defines Reinsurance is also known as insurance for insurers or stop-loss insurance. Reinsurance is the practice whereby insurers transfer portions of their risk portfolios to other parties by some form of agreement to reduce the likelihood of paying a large obligation resulting from an insurance claim.