Chinese Are Targeting Africans in Guangzhou 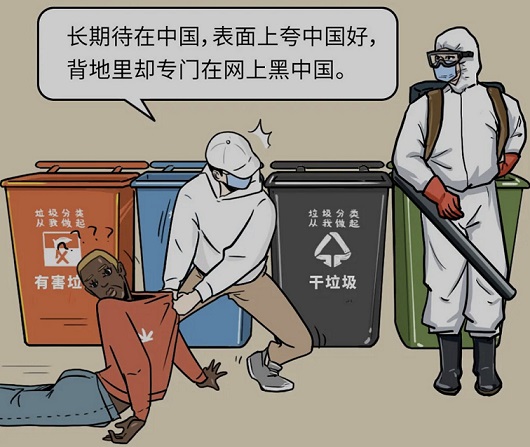 African nationals or those of African descent have been targeted in Guangzhou, the largest city in Southern China. They have been subjected to forced evictions, mandatory quarantines, being refused rooms in hotels/motels, and forced to sleep out in the streets.

These actions come as China finally stabilizes COVID-19 outbreaks throughout the country, but officials stated several new cases of COVID-19 in the Nigerian community in Guangzhou, the largest African community in China have sprung up. The Chinese continue to state these are new measures being undertaken to prevent another COVID-19 outbreak.

Eight people in the Yuexiu district known as “Little Africa” had tested positive for COVID-19 and were ordered to quarantine. Out of those eight, five were Nigerian nationals and broke quarantine by going to eight different restaurants and other public places, which angered the surrounding community, according to AFP. Local government officials then took drastic action.

These actions are also reminiscent of what African governments did to Asians during the 1960s and 1970s. During the 1960s, Tanzania exiled all Asian Indians out of their country (Freddie Mercury’s parents being one of them) as well as froze all their bank accounts and confiscated their property. In 1972, Uganda forced over 50,000 Asian Indians out of their country because Indians made up only 1% of the country’s population, but controlled 90% of Uganda’s businesses and made up 90% of Uganda’s tax revenue, according to the BBC.

The Chinese foreign ministry admitted there have been “misunderstandings” with the African community and pointed out their actions were only the same actions taken toward Chinese citizens in Wuhan during the initial outbreak. “I want to emphasize that the Chinese government treats all foreigners in China equally,” stated spokesman Zhao Lijian. Zhao is also urging local officials to “improve” their policies and to adjust the mechanisms behind quarantine and implement them to be less aggressive than what happened in Wuhan toward fellow Chinese citizens. Any aggressive policies to quell COVID-19 toward Chinese are seen as racist if implemented toward African nationals.

It should also be noted the Chinese government and Chinese citizens have donated medical supplies and technological aid to 18 different African countries.