Romeo Must Die was released on March 22, 2000, and was a homage to William Shakespeare’s Romeo and Juliet. It was Jet Li’s first appearance as a protagonist in American cinema. Li’s first entrance into Hollywood was two years earlier in 1998’s Lethal Weapon 4 where he played the lead villain. Producer Joel Silver decided to give Jet Li the leading role in Romeo after working with him in Lethal Weapon 4. Critics lambasted Romeo Must Die upon release. Roger Ebert of the Chicago Sun-Times said: “(Li)’s scenes are so clearly computer-aided that his moves are about as impressive as Bugs Bunny doing the same.” Chris Kaltenbach of the Baltimore Sun stated at the time “Just don’t think about what’s going, and you should be OK.” The only thing many of you remember about Romeo was the hit song by Aaliyah, “Try Again.”

The movie itself is horrible by every stretch of the imagination if you’re assessing the movie with the Academy of Motion Picture Arts and Sciences standards. The acting was absolutely horrendous. Jet Li’s depth is non-existent and it was also the late Aaliyah’s acting debut, which also works against the movie because Aaliyah couldn’t act. That latter sentence should alarm you even further if you knew Aaliyah was actually considered for the role of Juliet in Romeo + Juliet opposite Leonardo DiCaprio four years earlier in 1996. Thankfully, she turned the role down because she felt it wasn’t the right time for her acting debut…

With all that said Romeo Must Die was a fun movie where Asians were not portrayed as weak idiots who are subservient to everyone around them. It was a relief watching Russell Wong (Vanishing Son) kick ass in the opening club fight scene. Bear in mind, it was the year 2000 and the Asian-American community didn’t really have a lot of movies where Asian males were portrayed as alphas equal to their adversaries. That was a new concept. Just a few years earlier, the producers of Starship Troopers decided to change the race of the lead character from Asian to Caucasian. Casper Van Dien’s character, Rico Juan was originally Filipino as intended by author Robert A. Heinlein.

Romeo Must Die is a flawed movie. It was flawed then and it’s cheesy by today’s standards. But I truly believe it was a stepping stone for things to come. Romeo was made with a $25 million budget and it earned $91 million worldwide, according to Box Office Mojo. Romeo allowed enough momentum for Jet Li to star in Kiss of the Dragon, Fearless and opened the door for more Asians to gain enough acceptance in the mainstream, i.e. The Raid, Raid 2, and ultimately—I dare to say—Crazy Rich Asians, and Parasite. 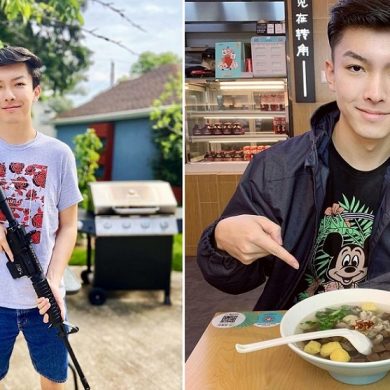