Friday night’s violent protest in Oakland resulted in 17 people being detained and another 40 arrested during melees with cops, 60 other people were detained for looting, 17 Oakland police officers and two firefighters were injured, and over 70 businesses were damaged, according to CBS SF BayArea.

Car fires, rocks, and Molotov Cocktails were thrown at every storefront in the selected areas. Shelves were emptied out by looters and front windows shattered.

In San Francisco Chinatown, a group of 30 looters broke into LukFook jewelry store. Police have taken right people into custody.

Several businesses in New York Chinatown got looted and vandalized as well. Reports are still coming in on the damage.

Koreatown in Downtown Los Angeles has also been hit with several businesses vandalized and looted. 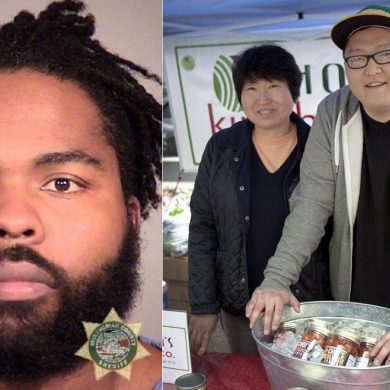