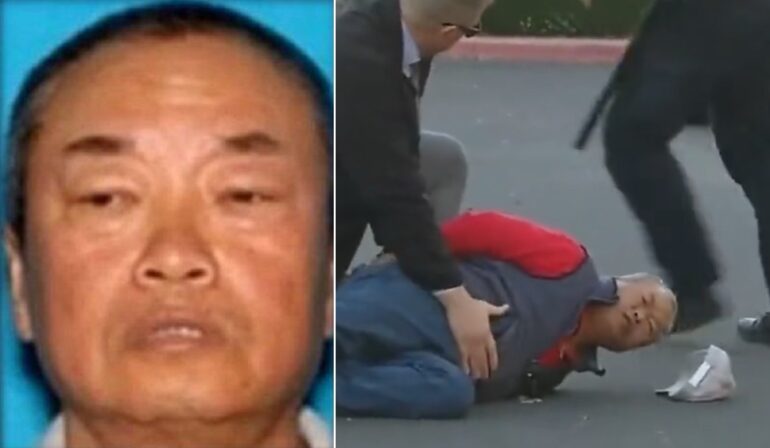 HALF MOON BAY, CA—Seven people are dead after a shooting in Half Moon Bay on Monday. Chunli Zhao, a 67-year-old Half Moon Bay resident was taken into custody, police said.

Authorities are still determining the motive behind the shooting. All victims are Chinese farm workers.

Four victims with gunshot wounds were found dead around 2:22 p.m. at a nursery along the 12700 block of San Mateo Road. Another shooting victim was taken to Stanford Medical Center with life-threatening injuries.

Shortly after the first discovery, three more shooting victims were found dead at another nursery along the 2100 block of Cabrillo Highway South.

The 67-year-old suspect was arrested in the parking lot of the Half Moon Bay Substation more than two hours after the shooting. Zhao was arrested when police noticed his SUV in the substation’s lot. A handgun was found in his car, according to KRON4.

🚨#BREAKING: The Suspect arrested in Half Moon Bay shooting massacre. Is 67 year old Zhao Chunli. Authorities say six people have been killed and four of them were Chinese farmworkers at a mountain Mushroom Farm pic.twitter.com/xe8Ftlf9E9

Zhao is believed to have worked for one of the businesses and was described as a “disgruntled worker” by San Mateo County Board of Supervisors President Dave Pine.

The shooting at Half Moon Bay follows another mass shooting in Southern California that left 11 people dead in Monterey Park by another elderly Asian suspect.

“This kind of shooting is horrific,” Corpus said. “It’s a tragedy that we hear about far too often, but today it’s hit home here in San Mateo County.”