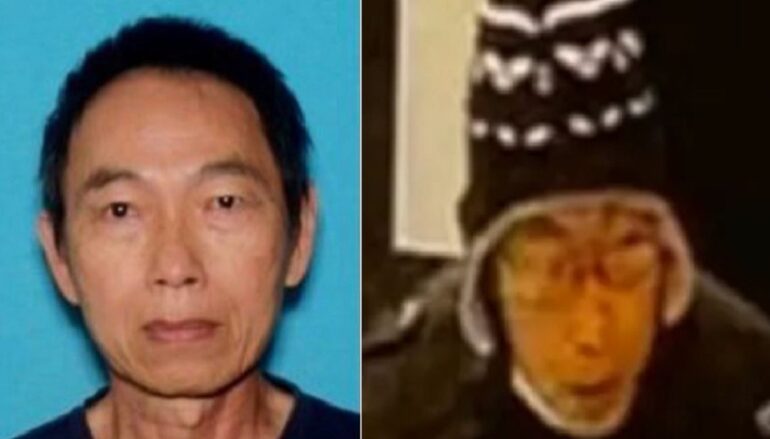 MONTEREY PARK, CA—Police are still trying to determine a motive for the suspect who killed 10 people and injured 10 others at a Monterey Park dance studio. People in the community say the motive was jealousy.

The suspect has been identified as 72-year-old Huu Can Tran. He was found dead from a self-inflicted gunshot wound once his van was surrounded in Torrance on Sunday.

Community members say Tran was jealous his wife would go to the dance studio without him and suspected she cheated on him. He supposedly reached a boiling point and “snapped.”

Tran has no criminal history and detectives are currently looking into the possibility that domestic violence also played a part in Saturday’s mass shooting. The people killed appeared to be over 50 years old.

The shooting kicked off a massive manhunt and police eventually swarmed a white van the next day and surrounded it for hours before going in. Tran’s body appeared to be slumped over the wheel and was later removed from the vehicle, according to ABC7.

The 72-year-old suspect used that van to flee after he was prevented from attacking another dance hall in Alhambra, about 17 minutes after he opened fire at Star Ballroom Dance Studio on West Garvey Avenue in Monterey Park.

Tran was disarmed by individuals at Lai Lai Ballroom and fled the scene. He left behind a pistol with an extended magazine, which is illegal in California. Another gun was found in the van next to Tran.

Very little is known about the suspect and records indicate he lived in Monterey Park and Hemet.

Monterey Park police responded to the scene three minutes after receiving the call just after 10 p.m. When officers arrived, they said the scene was in complete chaos.

“When they came into the parking lot, it was chaos,” said Monterey Park Police Chief Scott Wiese.

“The first officers on scene were some of my youngest officers,” Wiese said. “They had only been on the street for a short period of time.”

ABC7 learned that the license plates on Tran’s van were stolen. Tran’s neighbor in Hemet said he was a dance instructor but didn’t know anything else about him. He described Tran as quiet.

The people wounded in Monterey Park still remain in the hospital and their identities are being kept a secret.

“Somebody called one of those hospitals to say something along the lines of they want to go and finish the job,” Luna said. “That is absolutely horrible.”

“Please, these victims and survivors are dealing with so much. Let’s not traumatize them more.”

One of the victims killed in Saturday’s attack was dance instructor Ming Wei Ma and people say he was a patient and understanding man.

“Mr. Ma, who is very beloved and respected in the dance community, and he’s been doing that for over 20 years – he was trying to stop the shooter, and he passed away,” friend Eric Chen said.