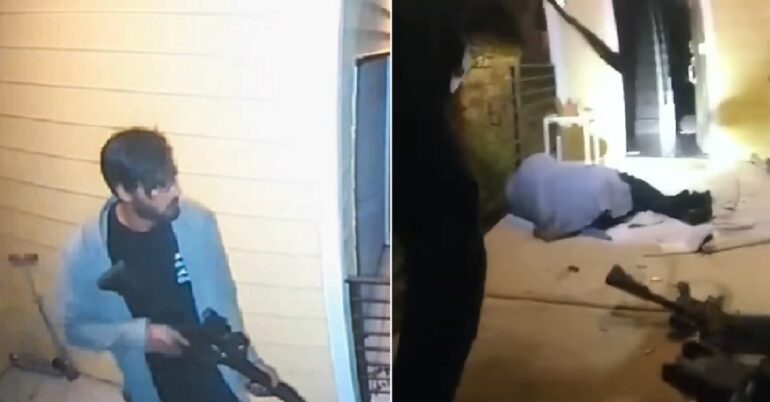 AUSTIN, TX—A tech entrepreneur was shot and killed on his front porch by police last month and devastated family members are demanding answers.

Rajan “Raj” Moonesinghe, 33, returned home from a trip and suspected he had been burglarized during the early-morning hours of November 15. That’s when he held a rifle outside his front door and was encountered by an Austin police officer.

Moonesinghe was immediately shot while almost simultaneously being ordered to drop his rifle by Austin police, according to family members.

During an NBC News interview, Moonesinghe’s mother, Ruth, and brother, Johann, stated they were heartbroken and demanded answers from the Austin police.

Why did responding officers kill Moonesinghe so quickly before giving him a reasonable amount of time to drop the weapon?

“He did nothing wrong,” Johann Moonesinghe said. “He had a gun … he was defending his house and he didn’t point the gun. He was not menacing. He didn’t look like he was going to shoot anyone.”

Johann told NBC News his brother recently purchased a rifle to protect himself because of recent crimes in the area.

“He called his friend and he said I think something’s been moved around my house. Something strange is going on.”

A 911 caller told a dispatcher that a man in a gray robe and dark pants was pointing a rifle down the street. The caller explained the man was pointing his rifle at the interior of his home and fired a round into his own home.

The 911 caller added, “He almost seems to be scared of something inside of his home. … It looks like he’s pointing the rifle at the interior of his home.”

When police arrived, Moonesinghe fired into his home again.

The Austin police officer who shot and killed Moonesinghe was identified as Daniel Sanchez. He is now on administrative leave.

The victim’s mother described her son, the co-cofounder of a restaurant consulting business, as an “amazing gift” to her and many others.