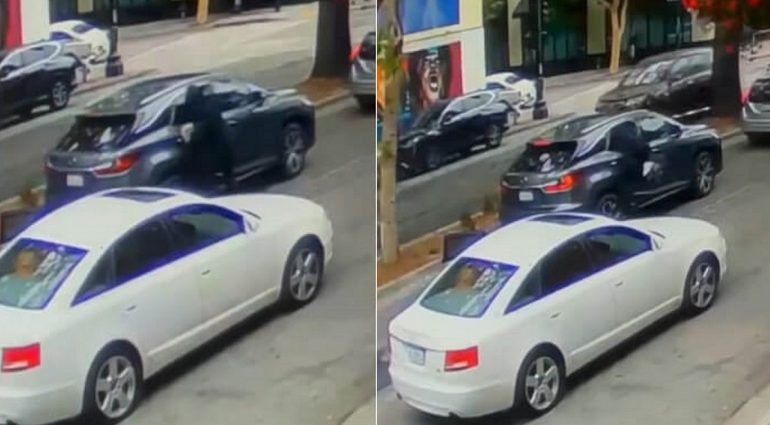 OAKLAND, California—Surveillance video shows a man brazenly jumping out of a white sedan and attempting to break a woman’s passenger side window. The assailant ends up smashing the back passenger side window, climbs inside the vehicle, and steals her purse and backpack, according to ABC7.

“I was yelling and looking at him and we made eye contact,” the victim said.

The Asian woman—who was understandably shaken—did not want to go on camera and told ABC7 News via phone interview, she thought she was going to be murdered.

The incident occurred several days ago before the 22nd St intersection, right after she left a nearby bank. The Oakland Police Department is currently investigating the robbery.

Authorities stated although the broad daylight break-in this Asian woman experienced is unusual, it’s not the first time it had happened to Bay Area residents while driving.

Back in February, Asian Dawn and ABC7 News reported two real estate photographers were targeted while approaching an on-ramp in San Francisco after leaving a photoshoot.

The Oakland Police Department says they’ve seen a 115% increase in armed carjackings in 2021 compared to last year. Meaning all is well in “Woketopia.” It’s what the people voted for.