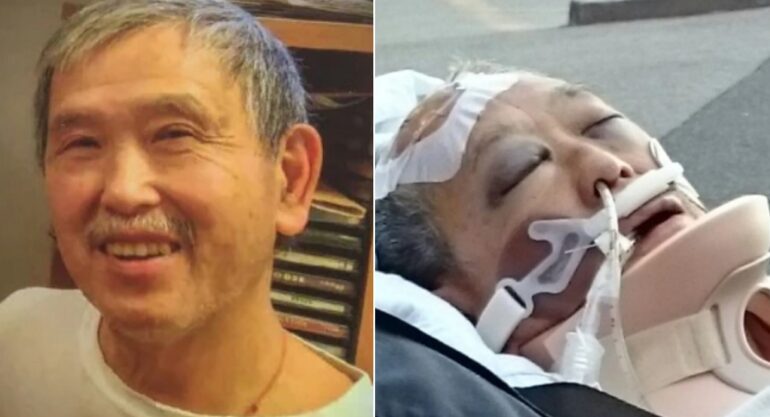 NEW YORK CITY—This attack happened in 2016 and is one of many examples of Asian lives not mattering in one of the most “progressive” cities in the United States. Those involved in the death of Vincent Chun Man Tse all received a slap on the wrist.

Chun Man “Vincent” Tse was on his way to a senior center in Queens, where he regularly cooked and served meals, on July 22, 2016. The 68-year-old retired carpenter would never make it to his volunteer shift.

On his way to the senior center, Tse got into a fender-bender on a busy street, just one block away from his destination. The driver of the other car, 44-year-old Cleamon Anderson, viciously beat Tse to the ground in an apparent road rage, leaving Tse with black eyes and a brain hemorrhage.

Tse would never recover and passed away a little over a week after the attack. He suffered tremendously.

Cleamon Anderson was later charged with a felony assault. He had previous arrests for drugs, grand larceny, and robbery. The 44-year-old would later plead guilty as part of a plea deal and was sentenced to six months in prison and five years probation.

Mainstream media was extremely protective of Cleamon and Robin’s identities. No mugshots or social media pictures were ever circulated.

Anderson’s passenger at the time was his sister, Robin Anderson Scott, an NYPD school safety agent. She lied to responding NYPD officers and told them Tse had slipped and fallen. But authorities later reviewed footage that showed Cleamon punching Tse to the ground.

Scott, a 20-year veteran, was later suspended for lying to officers.

Prosecutors at the office of District Attorney Richard Brown refused to file homicide charges against Anderson because they would have difficulty proving “intent” to do serious bodily injury because Anderson only punched Tse once.

“Losing our father is a major loss for our whole family, but especially for our 69-year-old mom who now lives alone. They would have been celebrating their 40th anniversary this year. It has been a difficult year. We feel angry that as a result of a death the sentence of 6 months to one year has been offered. We feel that the court system along with internal affairs bureau has failed us.”

Community Activist Karlin Chan told ABC7, “Mr. Tse measures about 5’5″ and weighs about 115 pounds. He’s a small man. For the assailant to hit him and blindside him so hard it’s an act of a cowardice.”

Tse immigrated to the United States with his wife from Hong Kong in 1993 and worked as a carpenter for a Chinese renovation company. He also built a reputation for being a good cook and later volunteered for many years at the Selfhelp Benjamin Rosenthal Prince Innovative Senior Center in Flushing, Queens.