His Name Was Shuo Zeng: An IBM Engineer Murdered For His Laptop 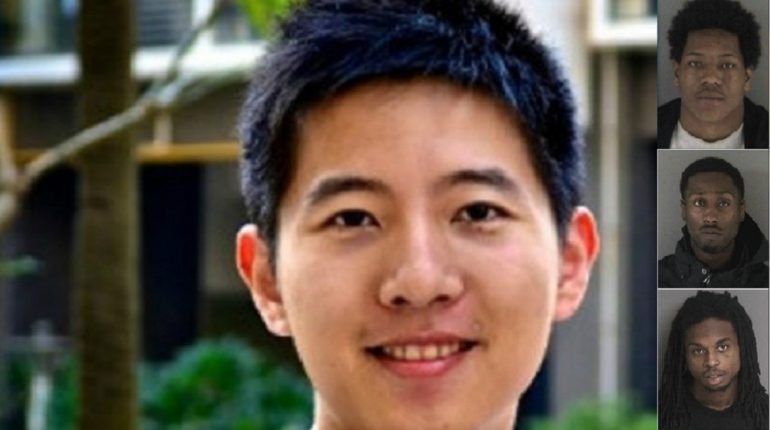 OAKLAND, California—This infuriating incident happened on December 31, 2019, the victim’s birthday and is one of the hundreds of examples of why Oakland and the Bay Area are lost—at least for the next few generations. Idiotic policies have made the Bay Area a criminal’s paradise and Asians are oftentimes the victims.

Shuo Zeng, an IBM engineer died on his 34th birthday after three African-American males stole his laptop at an Oakland Starbucks around 11:30 a.m. According to witnesses, Zeng was mortally injured by a BMW X3, driven by the suspects while attempting to get his laptop back.

Police shortly arrested Kejuan Wiggins, Javon Lee, and Byron OJ Reed Jr. for Zeng’s murder. 21-year-old Lee was charged with involuntary manslaughter and second-degree robbery, 22-year-old Reed Jr. was charged with murder and the special circumstance of committing a murder during a robbery.

18-year-old Kejuan Wiggins was charged with murder, the special circumstance of committing a murder during the course of a robbery, and second-degree robbery, according to KPIX5.

Some critics say “ruining these young men’s lives won’t bring Zeng back and furthers the divide between the ‘Black and Asian’ communities.”

Oakland police recovered DNA near the handle of a rear passenger door on the BMW X3 used in the robbery and murder of Zeng. Authorities were then able to identify Wiggins as one of the culprits.

After interviewing multiple witnesses and reviewing surveillance footage, police say Zeng chased after the suspects who are about to flee the scene in their getaway car. Zeng managed to make it halfway into the X3 before he was kicked out; while the car was accelerating.

A Precautionary Tale of Self-Defense with Jarred Ha

Zeng was born in China and attended Kansas State University for graduate school. He moved to the Bay Area in 2015 to work for Aspera, an IBM-owned company in Emeryville, as a research scientist and engineer, according to Linkedin.

Zeng also held PhDs in Philosophy and Physics and was described by co-workers as an “outstanding researcher.”