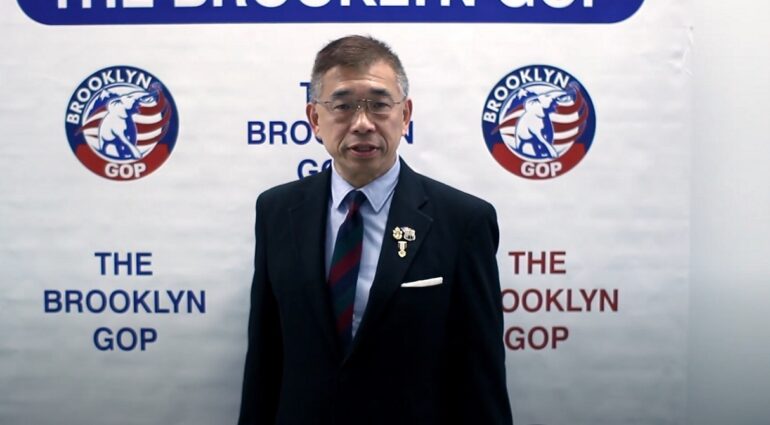 BROOKLYN, NY—The Democratic-led state Assembly is preparing to vote against seating the Republican winner of an Assembly race in Brooklyn, Lester Chang. The move itself is considered extremely rare.

Chang is required by law to live in the district he wishes to represent for at least one year. But because of redistricting this year, he only has to have lived in the borough. However, if his home is in Manhattan, he would not meet the requirement, reports NY1 News.

The vote for Chang in Brooklyn showed a larger shift away from the Democratic Party by Asian-American. Many voters cited multiple issues, including incidents of anti-Asian violence and crime, and no longer believe in the narrative it’s being perpetrated by “white supremacy.”

“Most Asian New Yorkers kind of want to keep their heads down and go about their work. Their kids’ school. And when it’s these types of things that happen to us, we have no choice but to stand up for ourselves and take a seat at the table,” stated Yiatin Chu, founder of Asian Wave Alliance, which endorsed Chang over Abbate.

The Alliance called Chang back for a review when this technicality first came up in September.

“We asked him ‘would you be eligible to be the assembly member should you be elected?’ And he said yes. We didn’t ask him to show us any proof. We have to ask the question for him to affirm that, and he did,” said Chu.

Documents obtained by NY1 News, show Chang registered to vote at his Brooklyn address earlier this year, as alleged by his opponent. Chang’s driver’s registration from the DMV also shows that he still uses his old Manhattan address on his license.

Chang needs to show proof of Brooklyn residency or else the Assembly is expected to vote in January not to seat him, which would then cause Gov. Hochul to call for a special election in the district.

“Lester Chang achieved an historic victory, the results of which are indisputable. The votes have been counted and the people of Brooklyn have spoken,” Republican Assembly Minority Leader Will Barclay said in a statement.