Suspect Arrested in Murder of Beauty Store Owner During Robbery 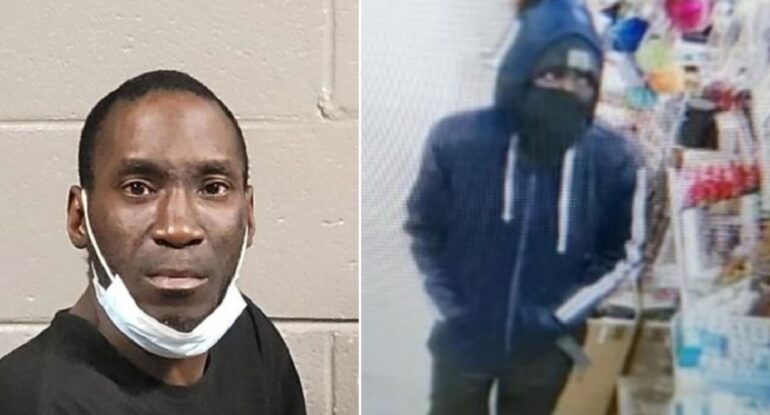 EAST POINT, GA—Police have arrested an African-American male suspect accused of shooting and killing the owner of an East Point beauty shop Tuesday during an attempted robbery.

“This young lady has been here well over 30 years and is a staple in our community. They provide an important service for the community. They love her and we love her,” stated East Point Police Chief Shawn Buchanan.

Surveillance footage showed the suspect wearing a toboggan with a blue hoodie with double white stripes down the arms pulled over it, a black mask, dark pants, a gray belt, and reddish shoes, according to FOX5.

Detectives are also looking to identify a man seen in the shop at the time of the robbery. Authorities are not stating if the second man captured on surveillance cameras is an accomplice. He’s seen wearing a yellow jacket, and jeans.

The Cha family, still in shock, released a statement through FOX5:

“Our hearts are heavy with a mix of grief, confusion, and gratitude. Gratitude at the sight of all the flowers and notes left at our mom’s store, gratitude for those who also loved the wonderful woman whose business had been in this community for over 30 years. She had considered this place a second home, surrounded by a second family, where she loved working with her customers to make them feel like a better version of themselves. We feel so much confusion because of violence that didn’t have to happen, for a life that didn’t have to be taken. And grief because of the senselessness of it all, because we are all the poorer for having lost a kind soul whose warm smile made life better.”

A blanket now covers the glass door preventing people from seeing into the store, which was left in shambles after the violent encounter.

.#Breaking A sad upd to the shooting: Police confirm the store owner, 69-year-old Hyun Chan Cha, has died. I spoke with her son & husband who say they are just in disbelief right now as they have to share this news w/ extended family. They say everyone loved her. @FOX5Atlanta pic.twitter.com/alCVwmu6UT

Anyone with further information on the case can call the East Point Police Department at 404-761-2177.