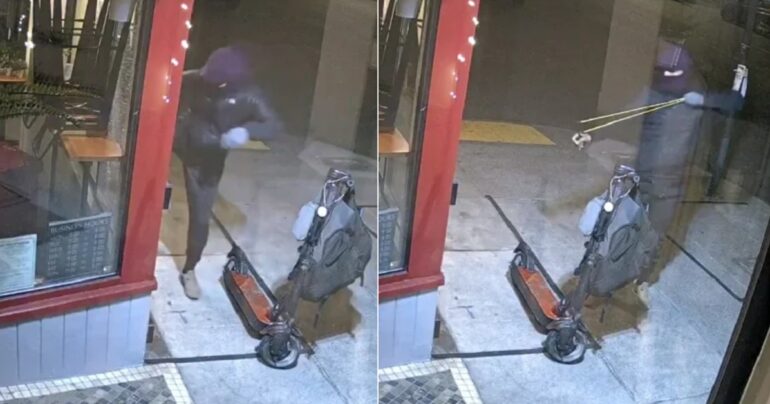 SAN FRANCISCO, California—A man accused of being involved in more than half of all hate crimes committed against the Asian-American community in the Bay Area last year is now out of custody despite the number of charges against him.

According to District Attorney Chesa Boudin’s office, 37-year-old Derik Barreto is the man responsible for more than half of all reported hate crimes against the AAPI (Asian-American and Pacific Islander) community in San Francisco in 2021.

Barreto is scheduled to appear in court at the end of January. Prosecutors also argued against mental health diversion for Barreto, who has been charged, but is not in custody right now, reports KPIX5.

Barreto is responsible for a string of 27 separate attacks in Ingleside, Chinatown, and the Ocean Avenue corridor. His actions haunted business owners between April and August of 2021, according to KPIX5.

“His target was the Asian community. So what would have happened if any of those victims were inside the stores and tried to defend themselves? This could have easily escalated into something much worse,” said former San Francisco Mayoral candidate Richie Greenberg.

This all comes after 6/15 vandalism at Gai Chicken Rice in the Castro.

Kevin Lieu told me they were hoping for a happy re-opening day then this happened. A similar incident involving a man with a slingshot on a scooter.

He reached out to me to spread the word (2/3) pic.twitter.com/bapgtrq5VC

Barreto was also charged with 31 hate crime enhancements, based upon racially charged statements he made, reports KPIX5.

“There still needs to be an accountability mechanism, there needs to be a way to monitor, to be able to check and see what he’s doing and not just let him out. Again, that’s what the law in California is, Marsy’s Law. They need to know where they are, for their own protection,” said Greenberg.

“The real question is who’s responsible for making that decision?” said Emily Lee of the San Francisco Rising Action Fund. “If the judge has so much power, then why are we blaming the public defender or the DA? They don’t actually get to decide.”

According to law enforcement, many crimes against the AAPI community are not being reported. There have been at least 931 hate incidents in the Bay Area in 2021.