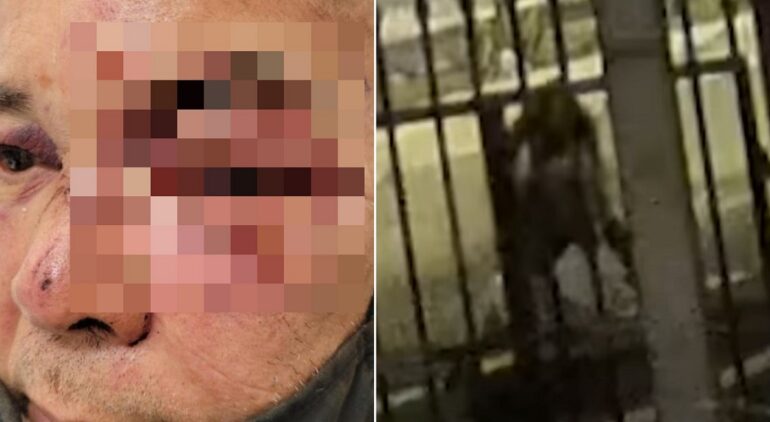 SAN FRANCISCO, CA—San Francisco police are investigating an early morning homicide in Visitacion Valley where a 77-year-old African-American man was killed during an attack at 7-Eleven.

Police say a man began attacking people at a 7-Eleven store on Bayshore Boulevard near Arleta Avenue around 6:30 a.m. on Tuesday, November 1.

According to Asian Crime Report, the African-American assailant approached a 26-year-old Asian-American man waiting at a bus stop in front of the 7-Eleven. The assailant pulled the 26-year-old into the convenience store and began to beat him down.

The assailant also attacked a 70-year-old Filipino employee and prevented the two victims from calling 911.

During the altercation, the assailant then turned his attention to 77-year-old Richard Owens, who was walking outside of the store. The assailant attacked and beat Owens to death.

It took 10 to 12 police officers and firefighters to subdue the suspect, according to Asian Crime Report.

You minding your own business and shit but it’s San Francisco so you get killed for just being there. That’s how bad it is now. Nobody seems to care or pay any attention. pic.twitter.com/SOjf51tzD8

“They had a dead body sitting on the side of the street with a tarp over it. It was really bad. There was a lot of blood. It didn’t look right…really scary to know what happened,” said Giesha Calloway, who lives in the neighborhood, told KTVU2.

The fire department transported two people to the hospital after the incident.

Supervisor Shamann Walton said in a statement on Wednesday:

“It is heartbreaking to see this type of senseless violence on the seniors in our community,” Walton said. “I am committed to working with our community, city departments, and law enforcement to prevent violent incidents like this from happening to our community and to our seniors.”