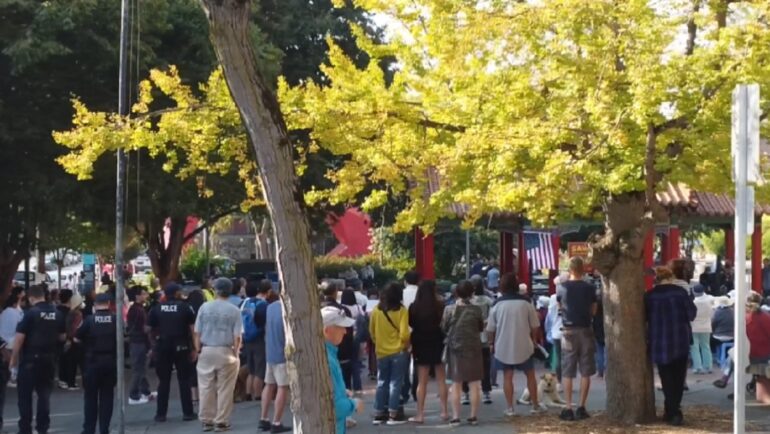 SEATTLE, WA—After more than a month of public protests, King County has decided to scrap its plan to expand an existing homeless shelter near Chinatown International District.

Chinatown residents and supporters opposed the county’s plan to expand the homeless shelter, saying that the neighborhood has already been asked to house more than its fair share of homeless services, as well as deal with a high number of people living outside.

The existing 270-bed shelter, operated by the Salvation Army, will remain in place, according to the Seattle Times.

During multiple protests in mid-September, residents say they weren’t even consulted about the initial decision and many politicians have dodged Chinatown residents altogether—including King County Executive Dow Constantine and his staff.

King County Executive Dow Constantine announced the change of plans in a news release on Friday, October 14, stating the funds will be redirected to other homelessness-related projects.

During a September 13 press conference, Jonathan Choe—independent journalist and Discovery Institute fellow—asked Constantine about the criticisms and the executive did not respond well and accused the Asian-American journalist of essentially being a white supremacist sympathizer.

The visibly angry Constantine refused to answer any questions, questioned the journalistic integrity of Mr. Choe, and then retreated to a private elevator to avoid any further contact.

#EXCLUSIVE: Earlier today, @kcexec dodged my questions about the HOMELESS MEGAPLEX he's trying to RAM through #Seattle. #Chinatown-ID is begging him to put a moratorium on project until public comments are gathered. This is a TOP 3 story in the city. We need more MEDIA on this. pic.twitter.com/8cBYmsXEcM

The property in Sodo that was the planned expansion site will now be used for other purposes, according to a press release. However, officials have yet to say what exactly the site will be used for.

HISTORIC WIN:Recapping Saturday's #Chinatown-ID victory rally, when was the last time you heard about an Asian American community, made up of mostly SENIOR CITIZENS, taking down a King County Executive's(@kcexec) plan to RAM through a HOMELESS MEGAPLEX? Unprecedented in #Seattle. pic.twitter.com/zWY1cZh9pV

“Over the past six weeks, community members have shared their feedback about the current state of public safety and other concerns in the Chinatown International District and surrounding neighborhoods. It is clear that building trust and resolving underlying concerns about the conditions in the community today will take considerable time before we can move forward with any added service capacity,” Constantine said in the release.

Had the homeless “megaplex” site gone through, it would have been the region’s largest hub for social services with 419 shelter beds, “safe parking space for people living in RVs,” adding tiny homes, additional mental health services, and additional drug treatment sites.