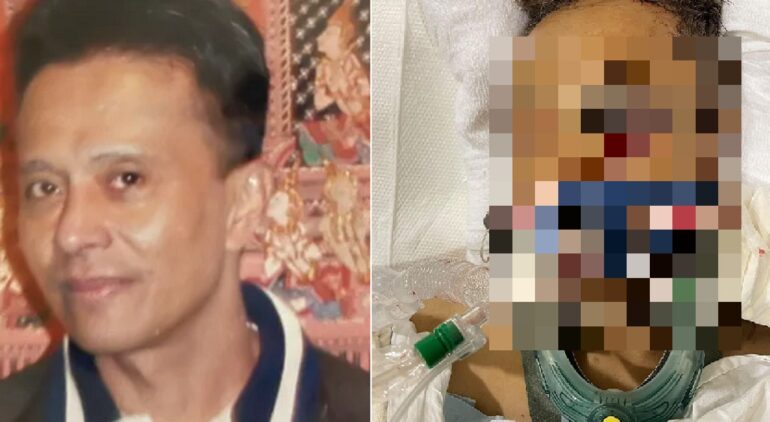 HIGHLAND PARK, LOS ANGELES—A Highland Park liquor store worker was hit in the head by a scooter and later died after he tried to stop a group of “teens” from stealing beer.

Police officers responded to an attack that happened just before 7 p.m. Thursday at Tony’s Market located near the intersection of Figueroa Street and E. Avenue 40.

The victim, 69-year-old Steven Reyes, tried to stop four “teens” from shoplifting and taking a case of beer.

According to the LAPD, Reyes ran after the group when one of the suspects grabbed a scooter and struck him in the head.

Reyes was taken to the hospital and later died from his injuries.

The 69-year-old immigrated to the United States from the Philippines for a better life. He was a hard worker and always wanted to do the right thing, according to Nelle Reyes, the victim’s daughter.

“Here in LA is where he met his wife and started a family. He is a son, a father, a brother, a good friend and a hard worker,” the GoFundMe page stated. “Steven had a loving heart and cared for everyone and always made sure that his family was safe.”

The LAPD is currently searching for four suspects.

This past week, a Korean storeowner in the Fashion District chased after teenagers who he caught shoplifting. He was stabbed to death and killed. The suspects were caught in that case. Reyes’ death is only adding to a growing list of Asian-Americans murdered for defending their property.